pdf
ON THE COVER:
Walk With a Wild Child (Possibly a Sociopath)
news

Point Austin: It's About Community

Health care a matter of equity and common humanity

Then There's This: Showdown at the Springs

Is the pool's south side in need of a makeover?

The Dead Walk by Night

City Officials Jet Off to England

City says it's not a pleasure trip

Alleged kingpin will have his hearing July 10

Beat the heat with these crisp and affordable wines

In West Lake Hills, Italian fare that'll have you licking your plate
music

The album is not dead, not locally anyway 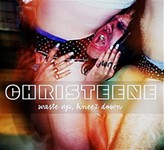 'As the World Turns'

'Drop in on My Dream'

A taste of two albums

Blues Before and After

These gents've got the blues

'The Not So Meaningful Songs in the Life of Jeremy Fink'

The future of Ray Hennig's Heart of Texas Music, Austin Vintage Guitars, and the HighBall called into question. 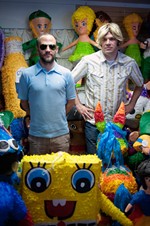 Walk With a Wild Child (Possibly a Sociopath)

Chaos and creativity in the Zellner Bros.' 'Kid-Thing'

'Kid-Thing' marks the last performance by the late Susan Tyrrell, an Oscar nominee and a cult darling

Man With a Movie To Score

Justin Sherburn sounds off on an avant-garde, Soviet silent

The Amazing Spider-Meh might be a better name for this dullish retread.

Two estranged brothers revive their childhood competitions, much to the alarm of their families in this Duplass brothers' microbudget throwback.

Katy Perry: Part of Me

The film is an inoffensive slice of canny brand (or is that non-Brand?) management and marketing.

To Rome With Love

No luck: Madea doesn't assume a new identity and disappear. Instead the old gal takes in Eugene Levy, playing an investor implicated in a Ponzi scheme.
arts & culture

In 'New Moon,' a dance to remind us how to let go

Not everything in 7 Towers' staging of this revenge tragedy works, but the production has heart

Get bent this week: Drag, yoga, and more

Can I avoid a speeding ticket because there were no speed limit signs?

The Luv Doc: Getting Stoned and Doing Crochet Graffitti

Sometimes you say 'yes' when you really mean 'maybe.'