Dem candidates spar over the TCSO role in immigration

Point Austin: A Taste for Apple

When the big corporate boys come calling, the city pays the fees

Then There's This: Through the Roof

Back by Popular Demand: Save Texas Schools

The Hightower Report: Let's Get Married

Arizona and Wisconsin legislators try to get in women's pants

Rockin' wines from the proprietors a 154-year-old winery

Their milkshake brings all the foodies to the yard, and they're like, 'It's better than yours'

It's March in Austin, not April in Paris, but Hopfields splits the difference
music

Did I know Bruce Springsteen was going to play the Austin Music Awards? Excellent question.

It's So Hard To Say Goodbye

Katniss Everdeen wins the Hunger Wars and our hearts.

The renowned Tokyo sushi master Jiro Ono is profiled in this artful documentary.

In this Hindi film, a heavily pregnant woman travels searches for her missing husband, whom no one has heard of.

Unique to a fault, this Swedish film is a daft police procedural and an absurdist comedy about musical terrorists. 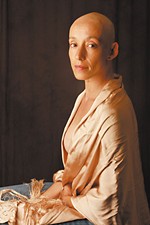 All Over Creation: Assumptions and Definitions

In Balkan's figurative portraits, the realism is heartbreaking
columns 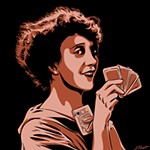 Letters at 3AM: Mabel Normand After 100 Years

Your Style Avatar made it out on the last night of SXSW, and boy, are his pumpkins squashed

Maybe the colloquialism should be changed to 'cat-shit crazy' 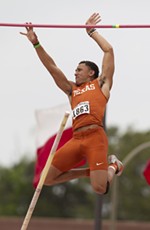 If you think running in circles is boring, well then you've never witnessed the excitement of the Texas Relays

A couple 7v7 coed tourneys on the horizon, and more