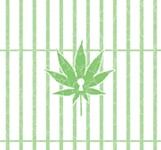 Life in Prison for Hemp

José Peña brought some roadside weeds home from Kansas. Cops decided it was reefer, and a Texas court sentenced him to life in prison – without the evidence. It took a decade for Peña to get back some of the pieces of his life.

The governor's cynical assault on Planned Parenthood is illegal and dishonest

Then There's This: Combs Takes the Cake

When it comes to trolling for votes, anything goes

Perry ends the WHP and blames it on the feds

The CRC reports to City Council – not with one voice

Austin collective builds bikes to donate to others

A piece of free-spirited Austin died with Leslie

Education: 'It's Time To Be Innovative'

Something everyone can agree on: digital classrooms

No disciplinary action and no indictment in officer-involved fatal shooting

Bee Cave on the warpath over novelty shop's signage

The Hightower Report: An Army Whistle-Blower Speaks Truth About Power

Lt. Col. Danny Davis' actions are essential in a democracy

Relish the variety and savor the flavors of Austin's burger bounty 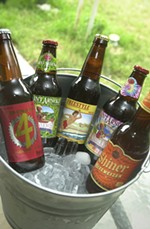 Welcome to the craft-beer capital of Texas

Feasting after the Festival, local food heroes, and new eateries

Once upon a time, at a venue far, far away, Bruce Springsteen & the E Street Band made their name in Austin

Welcome to Texas via Boise, etc.

Thursday blurbs slim down from the Wednesday bloat

How do you mend a broken heart? Kick ass.

Friday blurbs are down from Thursday's, but how are you holding up at this point?

Some East (Maybe Mars), some West (UK Trade & Investment), all South by Southwest

All My Lovely Goners

Out in the Light

In the Land of Silver Souls

Where It Hits You

At Least We Have Each Other

The King of In Between

The Last Holiday: A Memoir

Love at the Bottom of the Sea

Nothing's Gonna Change the Way You Feel About Me Now

Don't Be So Cruel

And So I Watch You From Afar

Adventures in Songwriting with Paul Williams

What Happened to the Big Idea in Music Technology?

Leaving Austin can be like shedding a layer of skin, but you'll never get the Broken Spoke out of your head, heart, and feet

Remember how you flipped for Charles Bradley? Get a lot of Lee Fields!

Fela Kuti will still one day liberate Africa – through his son, Seun Kuti

Replacements bassist has bigger fish to fry than Axl Rose

Hova, Fiddy, and Weezy, NOLA's Dee-1 is calling youse out.

If believing in beautiful melodies is nostalgia, then consider the Drums a throwback.

Pennies From The Celestial Jukebox

They Used To Call It Classical

God Gave Rock & Roll to Her

Rebecca Thomas talks about faith and perspective in 'Electrick Children'

'The Oyster Princess' screens with a live score by Bee Vs. Moth

The Path to Enlightenment

'He's not a really extremely nice guy': Martha Stephens on her hiking hero in 'Pilgrim Song'

'John Dies at the End'

'John Dies at the End'

'Code of the West'

'Code of the West'

Mike Birbiglia mines life's embarrassments for laughs in 'Sleepwalk With Me'

From the Eyes of the Abused

The Dissolution of the First Family of Football

What's Yours Is Mine

'This Night I Will Possess Your Corpse' with live musical accompaniment

'Dreams of a Life'

'Dreams of a Life'

Will Ferrell commits 100% to this goofy, all-Spanish-language soap opera-cum-horse opera.

This potential cult-movie masterpiece is likely the most original dance film you'll see this year.

Agnieszka Holland, the director of Europa Europa, creates a blood-quickening Holocaust drama about Poles who were hidden in the sewers.

Jeff, Who Lives at Home

Eddie Murphy plays a truth-challenged literary agent who learns his lesson when a bizarre set of circumstances allow him to utter only 1,000 words before dying.

Jonah Hill and Channing Tatum go back to high school in this new take on the old TV series.
arts & culture

All Over Creation: One Movement Ends, and One Begins

As one chamber music ensemble takes its final bow, another makes its start

'Beauty Is Embarrassing: The Art of Wayne White'

When you thought the love story well had run dry, up springs this irresistible new one 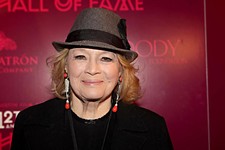 Guns and ranch dressing: just another week in Texas

Have yourself a fashionable SXSW

Hurray for the Riff Raff, Yacht, the Gossip ... what more could your li'l heart desire?

Your working-class Style Avatar gets a whiff of the Boss, et al, and nearly passes out