pdf
ON THE COVER:
You Ain't Seen Nothing Yet
news

Welcome to the Circus!

The redistricting fight and the grassroots politics of chaos

The Go-To Source on Redistricting

Then There's This: People Get Ready

You don't need no baggage, you just get on board

It's Official: Bring Your Own Bags

The long campaign to ban the bags comes to fruition

APA! is losing its lease on a Manchaca space in May

In the meantime, Austin Energy says it can do without $35 million stopgap

All four incumbents have opposition, but Bill Spelman faces more than others 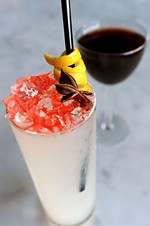 Where To Find Custom Cocktails and Affordable Wines During SXSW

A penny saved is a cocktail earned

Don't go Home Hungry: Festival Eats Not to be Missed

Can't decide where to eat? Now there's an app for that.

The young guns of Austin barbecue

Beer! Free pies! And more in this week's foodie events. 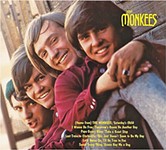 One, Two, Tres, Cuatro: This Monkee Went to Heaven

State of Love and Trust

Have a little faith for the new millennial music paradigm and trust in the 2011-12 Austin Music Awards.

A Place in the World

You Ain't Seen Nothing Yet

Where to find the Chronicle's continuing SXSW Film coverage, plus a venue list

Best Bets for the Badgeless

You, too, can sample SXSW's wares

The Ballad of Big Star

The comedy in 21st century babymaking

The Raid opens a can of whupass

Finding inspiration in the devastation of the 921 earthquake

Art as Acts of Subversion and Immersion

'The Sheik and I,' 'Trash Dance,' and 'Gregory Crewdson: Brief Encounters'

The Place Is the Thing

The influence of geography in a quartet of docs

Two newspaper reporters solve the cold case of a civil-rights murder in this movie inspired by a true story.

Fresh yet predictable, this rom-com asks if friends must also be lovers who share a domicile in order to successfully raise a child.

Old-school "Gosh, wow!" sense-of-wonder filmmaking is in short supply these days, but now John Carter has arrived to fill the void.

This drama is based on the experiences of Louis Sarno, an American-born ethnomusicologist who went to Central Africa to record the music of the Bayaka Pygmies and remained there ever since.

Silent House gives the game away too easily but it does have some effective shocks along the way.
arts & culture

Issues of sensitivity and clarity hamper this dance program

Your guide to the immediate

Letters at 3AM: The Return of Our Angel

Marilyn Monroe has returned to us recently in various guises

Next time you buy a sixer from Valero, thank Handy Dan