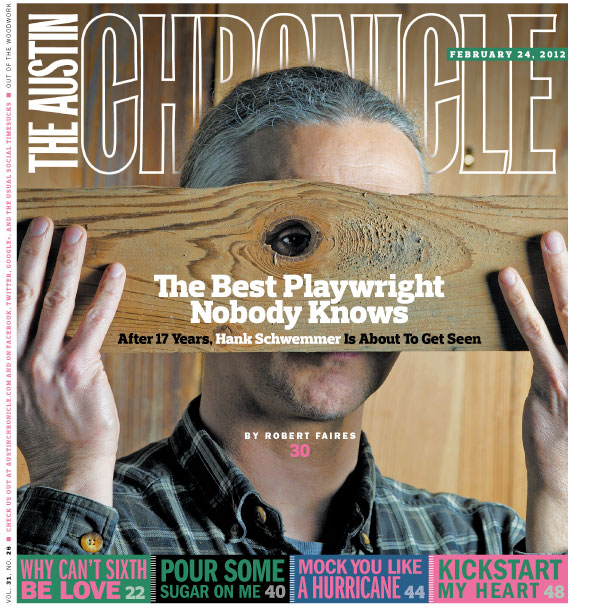 pdf
ON THE COVER:
Knot a Secret
news

The outcries of HURF should make Austinites hurl

Then There's This: Utilities or Food?

The poor get poorer as electric and water rates rise

A 3-D Race for the Bench

Not the Brightest STAAR

Dissecting the Science of Death

1998 murder case will get a scientific examination

Briefs filed for and against a new trial

The Charter, the Devil, and the Details

Police Chief Goes on the Offensive

Acevedo called Henson a "liar" to the Statesman

That Takes the Cake

Cake decorating fundamentals from a pro 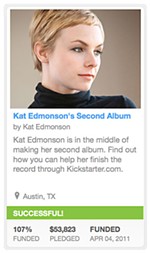 Of poles and polls

A Different Kind of Truth 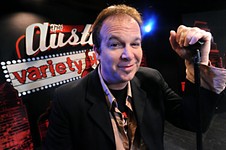 Domestic Terrorists? Or Activist-Acolytes Led Astray by a Mentor?

Documentary 'Better This World' ponders the endless shades of gray

This 1994 film captures an alchemical moment of New York theatre lore, a prolonged experiment in Chekhov

In the Land of Blood and Honey

Angelina Jolie steps behind the camera to helm this picture she also wrote, which focuses on the emotional fallout of the Bosnian War.

Woody Harrelson reunites with the director of The Messenger to create this portrait of a very dirty cop.

The Secret World of Arrietty

This new animated film from Japan's Studio Ghibli is based on The Borrowers, a story about 4-inch-tall people who live undetected among their human hosts.
arts & culture 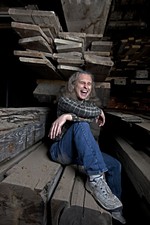 After 17 years, playwright Hank Schwemmer is finally getting seen

All Over Creation: Dispatch From the New Theatre Front

New manager Emily Marks is thinking outside the temple

Civilization (All You Can Eat)

Jason Grote's play comes off as fuzzy, especially in the half-light of SVT's staging

Page Two: To Start, To Stop, and To Start Again

Dear reader, the day is yours

Letters at 3AM: These American Dreams

Oh, the wheels are turning toward a very gay South By …

The Liberty Bar in San Antonio makes for a special dining experience whether for breakfast, lunch, or dinner 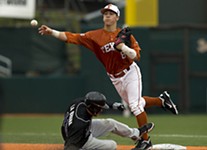