e-edition   |   pdf
ON THE COVER:
Preaching to the Choir
news

Then There's This: Consumer Alert

About-Face for the Cure

Thanks a lot, Sheldon

So Close to Water, Yet So Far

Two announce against Spelman, and more

Drawing new lines in the sand for primary dates

Manor Road's restaurant row is going to the pigs, pint-size props for some of Austin's best chefs, and more in this week's food news

Mardi Gras and Fasching celebrations, a whole-hog supper, and a journey to Cakes-a-lot

Possessed of a jewellike individuality, Komé hits it out of the park 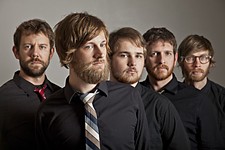 Thirty years of the Austin Music Poll, five layers of Chinanine, and a fistful of Austin Music Awards confirmations 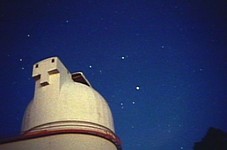 The enlightenment of Jeanne Liotta

The Cinema of Jean Rollin

This Oscar nominee and Fantastic Fest winner from Belgium is a startling crime drama about the bovine hormone mafia.

The life story of Richard Wallrath, a former alcoholic who now funds scholarships for 4-H and FFA students, is told in this inspirational biopic.

Over Your Cities Grass Will Grow

Director Sophie Fiennes gives us this elegant examination of the highly personal artwork of German painter and sculptor Anselm Kiefer.

Reese Witherspoon, Tom Hardy, and Chris Pine star in this romcom about two CIA agents who fall for the same gal.

A woman awakes from a coma with severe memory loss, forcing her husband to win her love all over again. Rachel McAdams and Channing Tatum star.
arts & culture

All Over Creation: Acknowledged Gains

When we honor the living, we all get something out of it

Weird as it may seem, after 40 years, the fungus is still among us

Strong performances make this musical about mental illness worth seeing

Attaching gang names to mundane objects, the show seems to be one big punch line
columns

Life renews, and so does Oscar Wilde

Those questions sound pretty easy to us

The Luv Doc: The Jaw-Dropping Hammer of Thor