pdf
ON THE COVER:
We Built This City
news 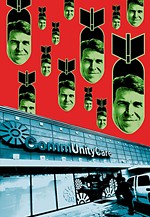 The Destruction of Texas Health Care

Point Austin: They're Not 'Pro-Life'

The health care cuts are anti-women and anti-family

Then There's This: Away We Go

Who does Austin want to lead the way

End of the Road for AISD Exigency

AISD is still in the red, but threat of mass firings has lifted

The high cost of being a no-kill city

Brown committed suicide in his home, mere blocks from Barrera's

YMCA Has Designs on TLAC Site

Oh, so that's why the city wanted to close the Town Lake Animal Center

Constitutionality of less-than-lucrative tax at issue

Ally of Newt, Dough of Cog

Supper Friends at the Swoop House

Bread & Circus at the Palm Door

Get juiced the healthy way and feel the power

I've been locked inside your heart-shaped pie for weeks 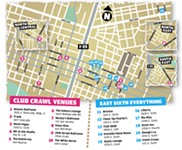 We Built This City

Delving Deeper Into the Archive of a Dark Time

Drew Barrymore and John Krasinski star in this fact-based story that shows us that whales are mammals too.

Like a marriage of Cloverfield and Carrie, Chronicle blends faux-naif techniques with a teen telekinesis plot and gets fresh results.

Bloodthirsty wolves and the brutalizing Alaskan elements conspire against a band of airplane crash survivors.

One for the Money

We Need To Talk About Kevin

Tilda Swinton stars as the mother of a teen rampage killer who has a complicated relationship with her son.

The Woman in Black

Daniel Radcliffe jumps from Hogwarts to this movie's haunted mansion where he stars as a young widower under siege from a malevolent ghost.
arts & culture

Delivering the goods on the 2012 FronteraFest Long Fringe 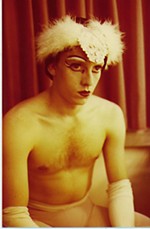 A peek beneath the tutu from Austin's Mike McKinley

Truman and Michael sittin' in a tree …

Gay Place: Don't Stop, Get It Get It

The Common Law: The People's Law School – Learn the Law for Free

For pills, sure, but does color also affect how well Tic Tacs work?

The Luv Doc: A Resurgence of Quality Programming