Here's Part 2 of our list, now check it twice and give to do good!

City Hall and citizen advocates look toward a new model of representation – is the seventh time the charm?

Perfect and good face off in US Farathane incentives debate

'Revenge is a natural instinct, but it's not what I'm asking for here'

No Room at Austin's Animal Inn

One final gift guide reco for the charity-minded

Sixteen members and associates face 300-plus years in jail

Jettison your DiGiorno: Bola Pizza comes to your freezer

What to get for the foodie who noms everything?

Carson Brock's grandmother is looking out for him, and other tales from the 'bless their heart' file

Now they're just reproducing vintage record art at a fraction of the size on CD, throwing an entire discography worth of albums into a small box with no bonuses, and calling it a box set. Foul!

Sleep ∞ Over, Sleep Over 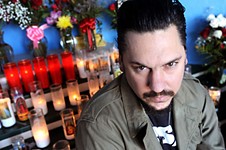 A Galaxy Not So Far Away

The Adventures of Tintin

It's a silent, black-and-white film for the 21st century, full of coy delights.

David Cronenberg forgoes his customary viscera for the more unknowable id as Drs. Jung and Freud hash out the origins of our unconscious impulses.

Rooney Mara completely nails the role of Lisbeth Salander, and director David Fincher is no slouch either in this perhaps unnecessary remake of the Swedish thriller.

A stylistic throwback to classic studio movies, Spielberg's film about war as seen through a horse's experience of it rarely rises to the occasion.

We Bought a Zoo

Matt Damon is a widower with two kids who buys a zoo after his wife bought the farm in Cameron Crowe's latest movie.
arts & culture 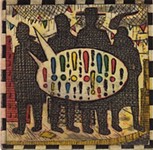 Down These Mean, Ink-Stained Streets

All Over Creation: Hit Where You Live

Though touching, this homespun production was inconsistent

Cuddle up with Stephen for some holiday cheer

Buzzards and vultures, bras and panties, and more and more