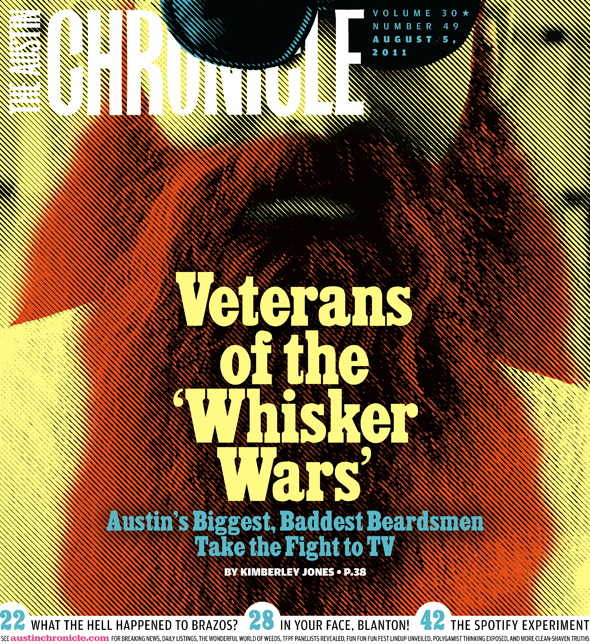 pdf
ON THE COVER:
Where the Beards Are
features As it nears completion of an extended 'Great Streets' rehab project, has Austin learned any lessons?

Proposed plastic bag ban will be popular – and under assault

Council Notes: When To Park That Election

Downtown parking pulls in at City Council, and more

Onward Through the Smog

For AISD, Some Positive Signs Amid Poor Ratings

Back to the Great Recession; and Subsidizing Plutocrats Belly up to the bar for the Texas Rollergirls

The Eastside gets another superlative house of meat
music 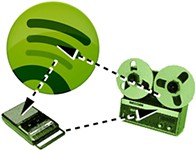 Streaming Spotify all the way back to the reel-to-reel

Never Get Out of This Funk Alive

Live at the Fish Fry Where the Beards Are

Piecing through Nicholas Ray's archive at the HRC

Nicholas Ray: The Glorious Failure of an American Director

In this body-switcheroo movie, Ryan Reynolds and Jason Bateman star as pals each a little envious of the other's life.

Two parallel stories from different eras intertwine and inform each other in this film based on Tatiana de Rosnay’s best-selling novel. Those Lips, Those Eyes

Reading between the features in the Blanton's 'About Face'

Do you know your audience?

Students sing and dance this satire at such a high level, it's astounding

Moving backward and forward, toward the future

Get your tickets now for this year's refreshingly goofy Pride lineup

Sponges instead of toilet paper, Elvis' diet, and more

My Security Deposit Is Never Returned 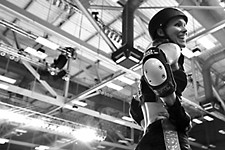 Both of Austin's Roller Derby leagues are in action this weekend