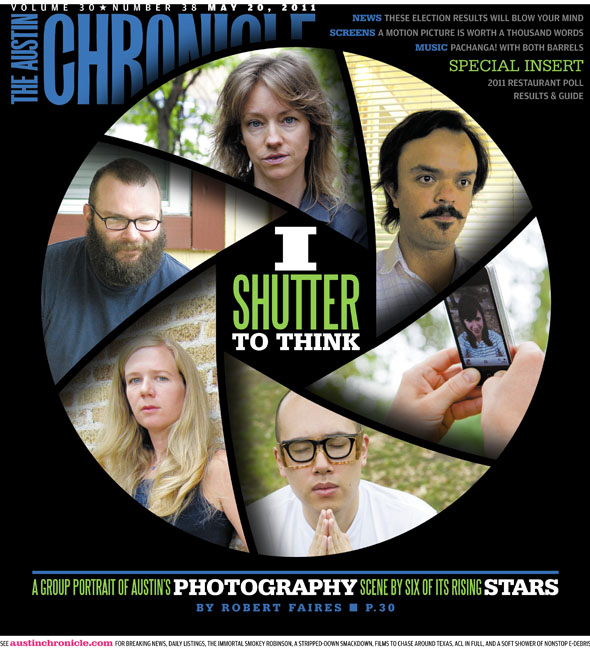 pdf
ON THE COVER:
I Shutter To Think
features

All the Votes That Fit

Breaking Down the Boxes

A look at the numbers in the Place 3 race

City Hall embarks on the bumpy road to social services

We didn't quite break the record ... for unvoting

Time To Rally for Education

Saturday. Capitol. Be there.

One shooting, one assault

Lawmakers at impasse over school finance

Not Everyone Hates Women's Health Care

Hiding Behind the Hedge; and Ryan Peddling a Raw Deal

The Recipes Behind the Restaurants

Make your restaurant favorites in your favorite footed jammies, for all we care

Have a handmade and heartfelt memento from Taco Xpress

Fall in love with Cole's cooking all over again

These recipes will sweeten your life

Eastside Cafe has become a byword for quality dining, and its cookbook collection makes it possible to recreate the experience at home

Hudson's on the Bend

As a cookbook, it is factual and substantive. As a memento of Hudson's on the Bend, it is superb.

Not a chef, but want to eat like one? We've got you covered during the International Association of Culinary Professionals conference.

Beer Flights: Guys, I'm Sorry I Ever Doubted You

Something's fishy about the Kocurek's latest class, but there's nothing to wine about at the Front Porch

Electro-Latinate gets its traditional Pachanga on at Fiesta Gardens

Live at the Moody Theater, May 13

How To Become Clairvoyant

So Beautiful or So What

There's a Place for Us

Parental Accompaniment, Not for the Prudish

The MALI conference celebrates a decade of diversity

Construction endangers the iconic movie mural at 24th and Guadalupe

Wiley Wiggins wants to show you his Thunderbeam; indie game developer Adam Saltsman gets an unwelcome Taiwanese clone; and more

Ever-intrepid Werner Herzog guides us through a cave in southern France that holds the oldest drawings known to humanity.

A young woman in Chicago learns to overcome her fears and become a hip-hop dancer in this inspirational dance movie.

Pirates of the Caribbean: On Stranger Tides

A warrior priest is on a mission to recapture his niece from murderous vampires.

I Shutter To Think

Six photographers offer a snapshot of the state of the art

A $500,000 challenge grant supports a spot that Juliet would really love

The Grand Theory of Everything Between

The birthers have no endgame

Letters at 3AM: The Bad and the Beautiful

Film noir cuts through the cant of America's idealism

There should probably be some sort of 'A Lady Bird in the hand is worth two Laura Bushes' joke in here somewhere ...

Harvey Milk: The man, the monolith, the conference, and the march!

'None but the dead have free speech,' etc.

A big week for teams from Manchester, England, and more