The Road Against Hate

The Hurtado murders measure the distance Austin and Texas must travel

Tovo's Place 3 council campaign gets off to a dubious start

City Hall Hustle: It's Not Easy Being Single

For the seventh time ... the SMD devil is in the details

Hitting the Brakes on Rolling Blackouts

Getting to the bottom of the bid-price drop

Meals on Wheels and More in need of donations, volunteers

Is Longhorn clothing made in sweatshops?

Pride Goeth to the Fall

It's Teacher Appreciation Week, but you'd never know it at the Lege

A grill big enough for Texas, some morsels for Mother's Day, and other food news

Raise a glass to Ma, or drink bourbon and watch the ponies

Make some drink-os for Cinco!

All-City is a cut above

Get in on this hit early
music The Band of Heathens' collective mojo

Across a Wire: Okkervil River and Nakia hit prime time 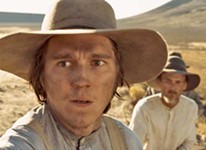 Go Into the Light

A Song of Skid Row

AFS Documentary Tour: On the Bowery

This locally made documentary looks at the city of Austin through the eyes of its working musicians.

Those renegade street racers reassemble for the fifth installment in the franchise, this time in scenic Rio de Janeiro.

Hobo With a Shotgun

Though it's a great title, this Rutger Hauer movie is an unfocused throwback to Seventies exploitation films.

Hoodwinked Too!: Hood vs. Evil

Back for another installment is this rude animated riff on Red Riding Hood and other fairy tales.

This urban family rom-com actually has something interesting to say about race and romance.

The epic and the elementary combine in Kelly Reichardt's Western survivalist tale that stars Michelle Williams.

Kate Hudson and Ginnifer Goodwin co-star in this kicky portrait of narcissism unbridled.

Roland Joffé wrote and directed this drama set during the Spanish Civil War in which one of the protagonists is Opus Dei founder Josemaría Escrivá.

More Than Just a Giggle-O

The Ladies Are Funny Festival brings the distaff laffs and more

'The Dudleys!: A Family Game'

After two years heading UT's art museum, the director leaves it for the classroom

Growing up with Phoebe Snow, whose presence and music transcended the ordinary 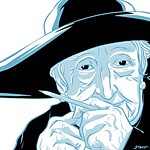 Letters at 3AM: Miss Beaufort

'If you're to be a writer, you must write every day,' said Miss Beaufort

Communication with Austin Pride is a two-way street

Your Style Avatar packs away his trunk