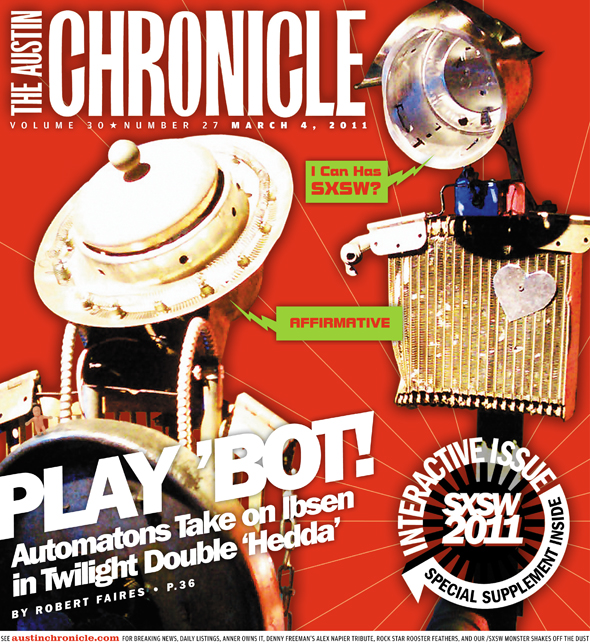 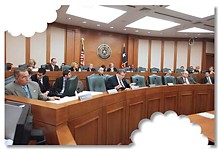 How Texas ended up $27 billion short

School districts around the state remember the Alamo

Making arguments green in more ways than one

Choosing between a 'firing squad' and 'death by starvation'

The Arts: The Way the Culture Crumbles

Texas puts its money far from where its mouth is

Point Austin: Behind the Numbers

Will Bradley remain chair of the Forensic Science Commission?

Paving the Way for Innocence

Dems have little hope of derailment

What's up under the dome

AISD's Next Step After Exigency?

If exigency doesn't mean cuts, what does it mean?

Counting down the meter minutes

Good food to get you in the mood for Mardi Gras

If you bite the baby, you buy the next one

On topic with South by Southwest Music panels

Steady Diet of Nothing: The Road to Health; Food and Music – One Big Happy Meal

The Crowdfunding Manifesto: The Path to Creative Empowerment

I'm Not Old, Your Music Does Suck

The Importance of Bounce Movement

Your Financial Adviser Is Duff McKagan

What Would Gaga Do?

The King of Limbs

Go-Go Boots, The Secret to a Happy Ending

Congratulations! You Are Now the Proud Owner of Your Future.

Walk in, geek out

Anonymity: Never Gonna Give You Up

The World Is Your Cubicle

Making it work, geography of no consideration

Position of the speakers may affect the quality of their operation

Is technology providing the ladder to the next stage of human consciousness?

From mapping to extrapolating, recontextualizing the data we've been given

Applying the mechanics of play to the everyday

The Fiction Writer as Futurecaster

Charles Yu is keeping his eye on the robots

Will Blog for Food

Reporting From the Front Lines

When the New Thing Is Old News Already

Call it Murphy's nth Law of Computing: 'Any given program, when running, is obsolete'

Why are we so interested in watching a TV star self-destruct?

Paul Giamatti won a Golden Globe for his performance as Barney Panofsky in this film based on Mordecai Richler's 1997 novel.

Beauty and the Beast is refashioned here for the contemporary teen set and stars I Am Number Four's Alex Pettyfer and Vanessa Hudgens.

Nicolas Cage plays a parent on a mission to avenge the murder of his daughter and granddaughter.

Owen Wilson and Jason Sudeikis star in this Farrelly brothers comedy about two guys given a free pass by their wives from the vows of matrimony.

Watch out, cartoon critters: There’s a new sheriff in town, and his name is Rango.

This film is a Bollywood romance about a mismatched pair.
arts & culture

A new dance is more than compelling movement; it's a life lesson for graduates

Feathers stick together, especially queer ones.

The King Ranch outside of Kingsville welcomes visitors, but the best way to see the most storied ranch in Texas is by guided tour