pdf
ON THE COVER:
This Way to the Big Top!
news 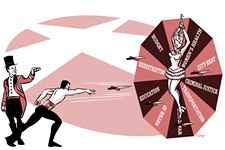 This Way to the Big Top!

From budget disaster to hysterical bloodletting, the legislative circus is back in town

Remorseless as ever, Tom DeLay finally encounters a little bit of justice

Nobody said this demolition job would be cheap

Before You Head to the Bus Stop ...

Will Texas Be Safe for Romeos and Juliets?

Can Ron Rein in the Fed?; and Wall Street Casino Grand Reopening

We've got zero doubts about these Zins 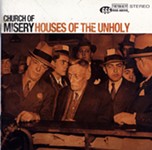 How can a band singing almost exclusively about serial killers engender so much life? 'Shock Corridor' and 'The Naked Kiss'

Sam Fuller had the inside scoop on American culture

The Austin Studios campus expands, SXSW Film adds venues and a tribute to Ain't It Cool News, and more

Oprah Winfrey expands her brand to a new network

Michelle Williams and Ryan Gosling play a pair of lovers from first meet to last fight.

It's Nashville-on-the-rocks as Gwyneth Paltrow takes a starring turn as an alcoholic singer trying to make a comeback.

Ron Howard's latest is a decidedly honest comedy-melodrama about love and friendship.

This Hornet's a cheesy and borderline-boring cream puff of a vigilante.

In the wake of their child's death, a couple tries to claw their way back to "normal" life.

Season of the Witch

Nicolas Cage and Ron Perlman play 14th century knights commanded to transport a witch believed to be the source of the Black Plague.
arts & culture

'Wura-Natasha Ogunji: The Epic Crossings of an Ife Head'

Finding the origin point for this Austin artist's journeys

With this comedic riff on Hamlet, the production's strength is in the acting

Letters at 3AM: Life as We Don't Know It

Our planet casts a shadow

Messi named player of the year again, and more