The Sky's the Limit

If you're wondering what the new Lege will do, look to its predecessors

A Bumper-to-Bumper Crop of MoPac Proposals

Not everyone's happy with this cornucopia

BY JORDAN SMITH AND MICHAEL KING

'Tis the Season To Demolish Holly

A brief look at the five candidates

On the Lege: Census Could Cause Senseless Redistricting

The GOP will be in charge of drawing new congressional districts. Terrific.

Victory for Truth in Labeling; and Tea Partying Like Old Pros 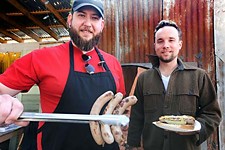 The Fresh and the Cured

Keep your holidays festive with farm-fresh ingredients and feasts

Three restaurants open as 2010 draws to a close 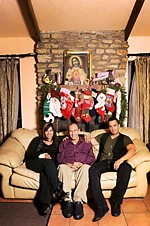 Decking the halls with Kickstarter, a new holiday sampler, and Michael Nesmith's Videoranch

Oh No Oh My

The year in pop-culture fixations

Horror for the Holidays

Surely we're not the only ones Fockered out as this franchise aims for low-brow smut in its third outing.

This Tamil-language romantic comedy was filmed entirely in Europe and on a cruise ship.

A master thief executes a most creative heist in this Bollywood action comedy. 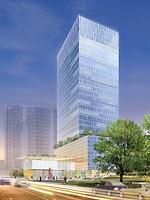 Remembering the Texas State University educator and playwright for children

After 10 years in Austin, David Berman's art gallery is moving to Wimberley

'Ewan Gibbs: Here and There'

From Bô to Fo' in one fashion show

The Gay Place tells you what they want, what they really really want.