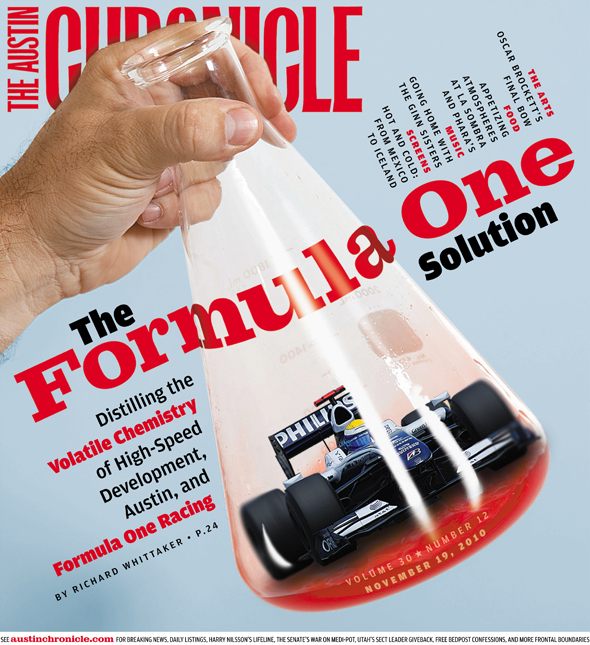 pdf
ON THE COVER:
How Do You Formulate a Grand Prix?
features 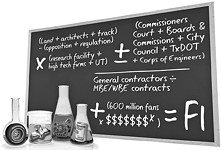 How Do You Formulate a Grand Prix?

The race to nail down an F1 deal involves multiple entities

Point Austin: A Hill of Beans

Tom DeLay's story is a profile in political corruption

Council considers handing over remaining Water Treatment Plant No. 4 funds all at once

Return of the Prodigal Plans

Cathedral of Junk is back in business, sort of

Car2Go Sweeps Austin Off Its Wheels

After a year's courtship with Austin, Car2Go takes it to the next level

Would you ditch your gas-guzzling ways for cash and prizes?

A Cure for What Trails You

Holding Fleet to the Fire

On the Lege: House GOP Goes to War – With Itself

Even in victory, Republicans are divided

It's the most suds-erful time of the year

Delicious ways to help you bite into the week of Nov. 18-23 Tiffani and Britani Ginn may not look like they're from Schulenberg on the cover of their new You Can't Take a Bad Girl Home, but their harmonies tell a different tale

The fast and the furious: the sentencing of J Kapone, Steve Wertheimer's Hot Rod Revolution, and 'How to Tour in a Band or Whatever'

Sun in the Day Moon at Night

The Grand Theatre Volume One

Music From the Novel 'The Boots My Mother Gave Me'

Heart of a Man, Blood of Your Mother That Obscure Stretch of a Master's Filmography

The Devil's in the Details

What if Sarah Palin met The Walking Dead?

In this Bollywood film, a paralyzed man petitions the court to allow his mercy killing.

This is the finest Potter film yet – darker, funnier, and more epic than everything that has come before.

This film about a young American taking over his family's Indian restaurant is inspired by an Obie Award-winning play by The Daily Show With Jon Stewart's Aasif Mandvi. The First To Question

The British comedian perseveres through pundits, politics, and Peter Pan

Suttle as a Kick in the Head 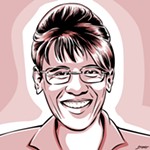 Letters at 3AM: The Palin-Obama Convergence

Barack Obama and Sarah Palin are actually the same person

Stephen talks about quitting smoking. Then quits smoking? Did we read right?

The transformative power of Tranarchy! and a bit of a blog shuffle 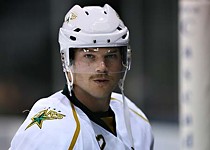 Cowboys win! Don't ask about the Texans and Longhorns.