pdf
ON THE COVER:
Try To Remember
news The city attempts to define its basic social service priorities

SBOE Candidates Get 'A' for Attendance

SBOE debate clarifies candidates' differences in one race, similarities in another

Headlines from the campaign trail

With minor opposition, Eckhardt is setting priorities for next term

Point Austin: The Legacy of Solidarity

Film of the 'Austin Chicano Huelga' recounts a city's transformation

City Hall Hustle: Across The Universe

Baird To Rule on Recusal From Willingham Hearing

Keller Can Consider Herself Unwarned

Guggenheim on Education and Getting the Job Done

Q&A with the director of Waiting for 'Superman'

BY NORA ANKRUM AND RICHARD WHITTAKER

The Oct. 14 agenda, from briefings to land swaps 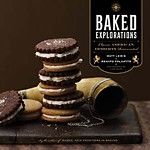 Lewis and Poliafito traveled the country researching traditional American regional desserts and present 75 here, each with a distinctive new twist

Genuine students of foodways will be enlightened, challenged, and satisfied by this book for years to come

In the Kitchen With a Good Appetite: 150 Recipes & Stories About the Food You Love

Clark is a gifted cook and a talented writer, so when cooking from her recipes, successes just keep on coming

If the Downtown activities don't satisfy, head to these events for another course

Any excuse for a party 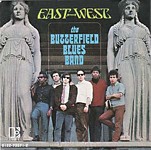 See Reverse Side for Title: Part I

If English first-wavers had trouble getting ahold of American roots music, Americans themselves weren't much better off, piecemealing together the foundations of today's national scene Anne Helen Petersen takes her readers beyond the blind item

When It Felt True

'To See the Dream'

Wyler by the bullet

When three students go missing in a small Indian village, the investigation into their disappearance causes mayhem. In Hindi.

I Want Your Money

This documentary elucidates the scourge of big government.

My Soul To Take

Wes Craven wrote and directed this serial-killer movie – but you'd never know it to look at it.

Over-the-hill crime-fighters band together to save their own in this smirky, goofy mashup of a rom-com and action picture.

More provocative than genuinely informative, this documentary, nevertheless, has kicked off a national discussion about remedying our failing educational system.

You Will Meet a Tall Dark Stranger

Woody Allen sets his latest farce into action with a cast of one-dimensional, annoying characters played by a group of terrific actors.
arts & culture 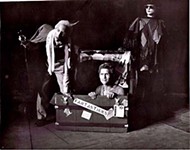 Which chair will be just right for you in Rubber Repertory's new show?

Jaston Williams' tales from his life are heartwarming and surprisingly poetic

'Monolith Pass: An Installation of Drawings by Anthony W. Garza'

Page Two: We Are the Eggmen

In the abstract, people are usually good about defending free speech. They fall apart in the specifics. You gotta make a stand to keep from falling Aztex bow out of playoffs, and more

Big test for the Horns, and more