Taking Politics Back to School

SBOE contests around the state

The education of polar opposites

City Hall Hustle: Everybody Makes Do With Less ... Except APD

Council tweaks the minor numbers on the FY 2011 budget

How will Texas schools fare without federal education money?

Are pedicab regulations out of touch?

Cap Metro: The Fewer the Merrier

Cap Metro on Board With Transparency

At least the comptroller likes you, Cap Metro

Staying dry would be easier without the extra heat

Apples, Hatch chiles, ice cream, and so much more to sink your teeth into

This week, it's tripel the good news

The Tigress Bar and Cocktails

The sweetest little bar in town serves up classic cocktails

The old Whisky Bar location has a ritzy replacement
music 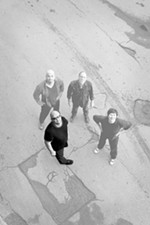 The Pixies aren't a family and that's a good thing, according to Kim Deal

Forsaking the Song, the final chapter

Live at the Saxon Pub

Sounds of the Desert

Get Ready for the Beaumonts
screens Social media sends one man on a tailspin in Catfish

Texas Preps for Its Close-up

Behind Bars, But Bucking the System

This "reality thriller" is a sour cautionary tale about social media.

The Scarlet Letter is refitted for the app age in this winning high school comedy.

This 3-D continuation of the video-game-to-movie series sees the virus spread.

Sweethearts of the Prison Rodeo

An engaging doc about the Oklahoma State Prison Rodeo.

Ben Affleck directs, co-writes, and stars in this gripping action-drama about bank robbers. 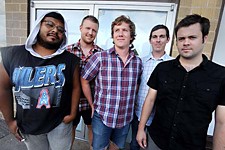 For the artists of Okay Mountain, it was a very good year

The master hoofer isn't getting older; he's getting more nonchalant

The city helps artists plan, and a writers' organization edits its own name

A gay elementary school love story with palpable resonance for everyone

No showdown shows up, but Stephanie Keeton shares the thrill of the dancing body
columns 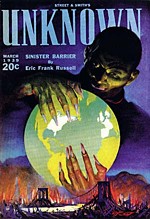 Like God on the seventh day, Your Style Avatar deserves a rest after schmoozing with Carson Kressley

The overwhelment of LGBTQ Austin

Boxing, wrestling, and Roller Derby are on the card this weekend

Aztex on the road; Champions League, here and across the pond