pdf
ON THE COVER:
The Decoder
news 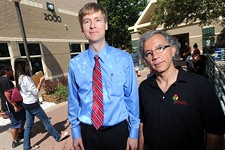 Booming in the Bust

City Hall Hustle: In the Zone

Cap Metro to Suburbanites: Get Off the Bus

Transit agency could pull the plug on northwest express routes

No Surprises in City's Answer to WTP4 Suit

Dell Twists in the Wind; and Driver's Double Dip

A few stories from 'The Austin Chronicle' Hot Sauce Festival

The Making of a Contestant: Four Repeat Offenders Talk About Hot Sauce

These formidable opponents duke it out in the commerical bottlers' categories

Who Knows Where the Time Goes

Both sides now – 50 years ago and now the iGeneration

Good vibrations courtesy of the Roots, Distant Lights, and the Sword

Information From the Edge 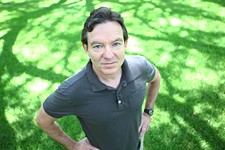 David Michôd on the unlikely roots of his Aussie crime drama, Animal Kingdom

What's the Rumpus, and Where Can You Find It?

A peek at our upcoming coverage of aGLIFF and Machete

An Australian family that commits crimes together avoids time together in this brutal look at the human survival instinct.

This faux documentary pulls few punches in its fresh look at what happens when religion and the secular world collide.

Bow Wow stars in this comedy about a guy with a winning lottery ticket who must protect it over a long weekend.

Finally, 3-D is being put to its optimum use. Who cares how it holds up as a remake?

From the filmmaking team that gave us Disaster Movie and Meet the Spartans comes this inevitable spoof of teen vampire movies.
arts & culture

2010 Out of Bounds Comedy Festival

Out of Bounds: The Lineup

The popular salute to old radio serials comes to the Long Center – with pictures!

Exploring of what goes on beneath the surface – of our bodies, of society, of the cities in which we live, of the very planet itself
columns

Page Three: Hell in a Handbasket
or, the Worst of Austin

A week in the life of local government 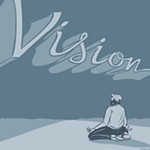 Letters at 3AM: The Thing About Words

Words are the property of all

kicks off the season ranked No. 3 in the country