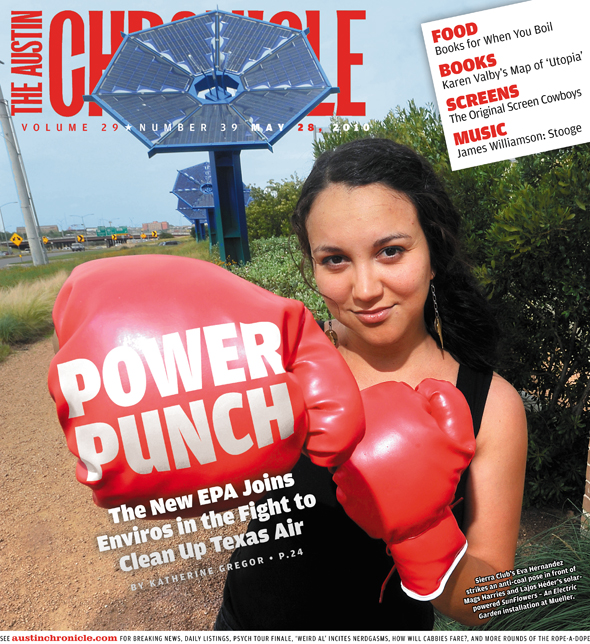 After a history of pulling its punches, is EPA finally forcing TCEQ to clean up the Texas air?

EPA to TCEQ: Too Much 'Flexibility'

A push for change could come to a shove

Gluing frogs onto storm drains and other civic duties

Is Austin's appetite for fountains bigger than its wallet?

City attorney's resignation doesn't solve mystery of who did what when

Fasten your seatbelts: Formula One is coming to town

Media Watch: 'I Want My KGSR!'

Watch Out for Superweeds; and Let's Try Good Government

Cookbooks, memoirs, and cultural studies to get you through the summer

Why Italians Love to Talk About Food

In the Green Kitchen: Techniques to Learn by Heart

I Know How to Cook

The Icing on the Cupcake

Pints for the peckish will put you in the Pour House

Franklin Barbecue serves up tender smoked meats ... or at least before the meat sells out

Half-price appetizers at American spots old and new this week

Tastings, potlucks, multicourse dinners, and benefits – it may be hard to choose just one

James Williamson's Raw Power is all in the mix

Dikes of Holland, the Mean Spirits

Wet Paint: Vol. 1, Into the Ditches b/w Church on Fire

Freshmillions, Unicornography, Royal Forest, Man With No Eyes, On the 1

In and Out and Back Again
screens 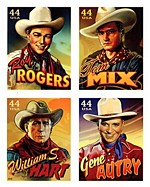 Back in the saddle with a faded genre's favorite stars

Eye on an Icon

At the networks' preview of their fall shows, it seemed a lot like same-old, same-old

George A. Romero's Survival of the Dead

Romero revivifies even more zombies with this new picture, but now the filmmaker depicts humankind as hardly worth saving.

Here's an idea that hasn't been tried in a few years: Turn a Saturday Night Live skit into a feature film.

Prince of Persia: The Sands of Time

Jake Gyllenhaal stars in this nearly bloodless, family-friendly throwback to a cinematic age when Persian palace intrigue, winsome princesses, and ambitious princes ruled the back lots.

The real winner in this weekend’s box-office derby?

Would you believe Morocco?

Two years after the end of the last film, Carrie Bradshaw now frets that the "sparkle" has gone out of her marriage. It's gone from this movie, too.

Take It to the Next Level

Paladin Theatre Company's revival reveals the feelings behind the laughs

Pride? It's just one of seven.

The San Antonio Zoo gets better with each visit