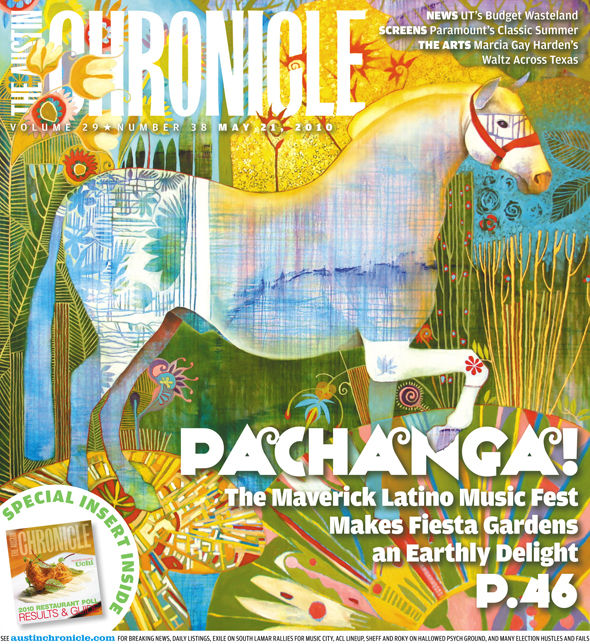 The execution of David Powell will not serve justice

The devil's in the details of collecting intelligence

Recycled Dreams: Three MRFs and a Phantom in the Wings

The council considers recycling proposals, with one offer off the table

Bowled Over by Solar

The Look, the Feel of East Riverside

Cactus: KUT to the Rescue

Giving back to those who give back

ARA: Neighborhoods Back on Board?

Due to an unforgiving economy, the food trailer scene in Austin has exploded (in a good way)

Ceviche may very well be the new sushi

In a town dominated by Tex-Mex and barbecue, something fishy is happening

The new brand of cocktail is neither cheap nor fast, but for many, it's the only way to go

The month of May is mighty busy

This week it's corn, beer, and cheese

If You Want It

the Dead Weather, the Black Keys

Feast of the Hunters' Moon Obstacles to Love: 'A Night at the Opera'

All Sacrificed for Passion: 'Splendor in the Grass'

Self-Sacrifice for Kin: 'All That Heaven Allows'

Falling Prey to Cruel­ty or Misfortune: 'The Last Picture Show'

Casino Jack and the United States of Money

This 1977 Japanese film is a surreal, indefinable piece of horror/comedy, a must-see film for lovers of the inscrutable, the grotesque, the funky, and the eccentric.

This Bollywood film made in America mixes elements from crime thrillers, love stories, and Westerns in a big flashy bundle designed to win over viewers dwelling far from the Indian subcontinent.

What’s an ogre with a midlife crisis to do? The Shrek series closes by reminding us "it's a wonderful life."
arts & culture In the competition's 25th year, the crown goes to comeback kid Lucas Molandes

In closing its 99th season, ASO was at first reflective, then passionate 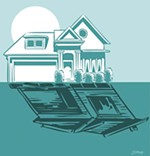 Letters at 3AM: A Paradox of Oligarchy

'Am I my brother's keeper?' is the fundamental question of government

Stephen loves his art like he likes his men: 5x7

Captain's Wafers, the Gerber baby, and much more