Cutting on the Bias

Cmdr. Charles Johnson's report of the shooting of Nathaniel Sanders

Point Austin: Tell Us Something We Don't Know

Capital Metro report discovers that the agency's been badly managed. Who knew?

Rush to Judgment on Cactus?

KUT looks like the next stop for the Cactus

Chronicle trashed in dispute between workers and food franchise operator

Showdown at David Street: City Regs Broken at Will

State of the Art

Austin gets to keep police chief

Willowbrook Reach could be victim of city's good intentions

Through the New Wringer

A comprehensive new process will determine prioritization of transportation projects

Not great, could be worse

The Foreign Corporation Vote; and Forming a Beer Party

More dining room seating, a tea bar, a bakery case, and a case of homemade ice creams are just some of the things to look forward to

Check out these tasty events

Taking Texas to the Country

Shake Me Up, Judy!

Catching up on the first three seasons of Friday Night Lights

Native Nigerian filmmaker Joy Dickson on getting the job done

The Politics of Food Production

The surprising crossroads of Glee and local doc Sunshine

In this kids' film, creatures of the forest rebel when a housing development threatens their forest home.

The Good, the Bad, the Weird

A man winds up married to three different women in this Bollywood romantic comedy.

Set in the British Mandate of Palestine in the summer of 1947, The Little Traitor stars Alfred Molina and tells its story through the eyes of a young innocent.

In this action movie, a U.S. Special Forces unit on a mission in the jungles of Bolivia becomes the target for assassination and must figure out who is double-crossing them.

The Most Dangerous Man in America: Daniel Ellsberg and the Pentagon Papers

Although it's conventionally made, this documentary offers a streamlined and resonant account of recent history.

Based on real-life events of July 1936 in the Swiss Alps, this German film is a gripping and epic account of men vs. mountain vs. other men.

The makers of Winged Migration are behind this documentary about the creatures that live in the waters covering nearly two-thirds of the Earth's surface. 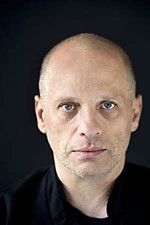 Pulitzer or not, composer David Lang won't play it safe

Mystery Is Where It's At

The strength of Vortex's original musical adaptation is in its imagination

Songs of Love and Loss

Set in the Gilded Age, this operatic fairy tale really resonates with the present
columns

'We have met the enemy and he is us,' Part II

Your Cougar Avatar schools the young

The famous trees of Texas

Let us honor the memory of a fallen comrade