pdf
ON THE COVER:
Plays With Expectations
news

Stiffed on Capital Metro money, the city scrambles to fund another $51 million in transportation projects

Where the Money's Going

How has the city been allocating transportation funds?

MetroRail: So Two Weeks Ago

ACC Board Elections: Meet the Candidates

Dunn claims to be more than 'damaged goods'

The tires are gone, but the controversy still molders

Acevedo: Will He Stay or Will He Go?

The courting continues; California tries to cut in

Do the Cactus' losses really justify its loss?

Did Family Connections' executive director take the money and run?

Why the 11th-hour 'action' against AE's generation plan?

Wall Street: Part of the Solution?; and EPA Back on Top

The festival concludes, as always, with the Sunday Fair, where there's something for everyone

My New Orleans: The Cookbook: 200 of My Favorite Recipes & Stories From My Hometown

Chef John Besh is a proud native son of Louisiana, and this big new book is his unabashed love letter to the rich traditions and diverse culinary heritage of his hometown

This week it's all chocolates and pastries and wine 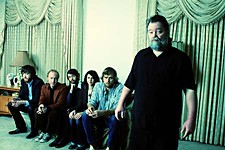 Where do you want it?

Christian Poveda documented the gangs of El Salvador, until they turned on him

Dressing Down the Superhero

David Simon is back with Treme, the new HBO series about a New Orleans ravaged – but still resilient – in the wake of Hurricane Katrina

This documentary looks at the quandary faced in Philadelphia about moving the Barnes Foundation, home to a premier Postimpressionist collection.

This manic family comedy starring Andy Garcia and Julianna Margulies has a basic goodness of heart that is counteracted by clunky mechanics.

Everyone's a superhero these days, and this film based on Mark Millar and John Romita Jr.'s comic book series takes that concept to the Nth degree.

A young boy with cancer writes letters to God, an action that affects the lives of others around him.

A satchel full of ill-gotten cash looms over the characters like the iconic root of all evil in this fantastic Australian suspenser.
arts & culture

La Serva Padrona was a surprise hit in 1733, and it still delights today

Up first at the cutting-edge arts fest? Boot-scootin' on the statehouse steps.

No Time to Fly

'Susannah Blanton: How to Disappear Completely'

Arch images that show, in a damning light, all the women that men didn't see
columns 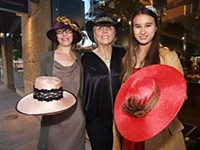 When does Your Style Avatar not jones for Joan?

Meet the Pillsbury family, and more

Aztex home opener a winner all around