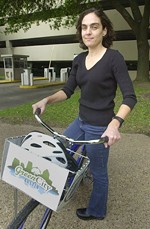 In time for SXSW, Austin rolls out miles of new bike lanes and features

Getting around on two wheels

Point Austin: Have You Heard the Dish?

The ambivalent state of political journalism

One more round of changes proposed for the shelter plans

The State Commission on Judicial Conduct dismisses complaint against judge

Gómez won the election but lost her progressive base

Get Ready for More Elections

The primary run-offs are only a month away, followed quickly by elections for ACC and AISD trustees

Developing Stories: 'Every Day It's Getting Worse'

Strategic Mobility Plan marks a way out of permanent gridlock

Can It Be? MetroRail Prepares to Launch.

Cap Metro once again announces a start date for the MetroRail

How Long Will We Wait for the Train?

When technicalities take precedence over finding out who done it 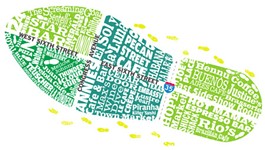 Check out these new Downtown restaurants for your mid-SXSW snacking

Check out some of the day's best parties

A diner by day and global plate purveyor by night

A bounty of new restaurants has popped up like spring blooms

Before I Disappoint You, The Able Sea II

Death of the Sun

Lure of the Swamp: The Screen Printed Rock Posters of Lindsey Kuhn

Austin's punk poster past, one chapter anyway, in 104 pages of Lindsey Kuhn
screens

The Freak Goes On

Gilbert Shelton on his iconic comic's long, strange trip to the screen

Thunder Soul brings the generations back together

To Mars, With Love

Reinventing the romantic comedy, to infinity and beyond

Quiet on the Set

'I Like Films About Naked People Yelling at Each Other'

What turns Lovers of Hate producer Megan Gilbride on

Muhammad Was a Punk Rocker

How a fictional music genre blossomed into a real movement

The Ride goes to the rodeo

We Are Having a Hootenanny

And Stephin Merritt is not the life of the party

Malcolm Ingram finds his people, and films 'em, too

The energy debate gets personal in Haynesville

The Music in Moving Images

Texas Music Extravaganza and the works of Alan Govenar

Even if you're not a fan of war entertainments, The Pacific is a must-watch miniseries

This is a formulaic wedding comedy about mismatched families, but thanks to several appealing performances, this rote exercise turns out better than most.

Robert Pattinson gets to sink his teeth into something more than posturing in this refreshingly rendered love story.

Have fun … and don't forget to turn your clocks ahead for daylight saving time on Saturday night.

This Danish import is a wonderfully unhinged and a painstakingly constructed meditation on a place where good and evil meet, mate, and make sour times sublime.
arts & culture

Big Medium's fundraiser has artists make art at night, sell it the next morning

The UT-Colombian dance collaboration proved more about process than product

'America Letterpress: The Art of the Hatch Show Print'

Page Two: And So It Begins

International spectacles of darkness and light

Letters at 3AM: The Dragon on Sennett's Hill

Hollywood is an electric dragon

Stephen's hair brushes up against a woman's breast, and he survives

Aztex gear up for Dynamo exhibition, broken legs in England, and more