Point Austin: What's in a Word?

Which comes first, the train or the passengers?

Where's the Outcry Over Informal Classes?

Plan to cut Cactus is pricklier than continuing ed program

Board shoots down superintendent's plan

Board gives early nod to restructuring of routes and schedules

A little bit of mileage

Give Us Your Two Census

It's that time of the decade again

Have a spirited Texas Independence Day with fellow Texans

A special recommendation for people who love Italy

Finally, real bagels made in Austin, along with online pizza and chocolate ordering. Heck yeah!

Delicious foodie events to keep you busy this week 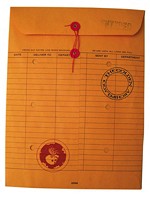 The Empire That Dreams of Us

A coin toss to determine the future of the Cactus Cafe

Lifestyles of the Sick and Fameless, I-45

Me So Twangy
screens

Alison Macor charts 30 years of Austin history, one film at a time

Chainsaws, Slackers, and Spy Kids: 30 Years of Filmmaking in Austin, Texas: an excerpt

The Femme's Still Fatale, but She's Plastic, Too

What's new is old again: BioShock 2 and The Misadventures of P.B. Winterbottom

On why we should care about Tiger and his wood (psst: we shouldn't), and other major irritants

Polanski is back in the saddle with his new political mystery thriller, which stars Ewan McGregor and Pierce Brosnan.

This Romanian police procedural is a fascinating study of the meaning of language in everyday life.

Martin Scorsese's new thriller is set in 1954 in an institution for the criminally insane.

The boys are back with another self-explanatory edition.

In this Bollywood film, a reclusive math genius has an equation that could revolutionize probability theory and puts it into practice in the gambling dens of Mumbai.
arts & culture 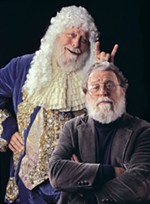 Splitting the difference between Peter Schickele and his alter ego, P.D.Q. Bach

Austin Shakespeare's staging of this historical drama is something special

This comic spectacle is pretty much the same as ever, but no complaints here

An eerie, shimmering otherscape somewhere between LAX and the land of faery
columns

Page Two: Same As It Ever Was

South by Southwest and other lifetime labors of love

Letters at 3am: Somehow It Gets to Be Tomorrow

For many American families, one salary is not enough to keep everyone in the household fed

The producer who delivered the streamlined and elegant James Bond finale at the ASA fashion show? Webber: Sue Webber, of course.

On the seventh day, the sissies shall bounce. And it is good.

The Mozzarella Co. in Dallas has a dizzying assortment of handmade, fresh cheeses

Right here in the ATX

Aztex in the House (Park) … and other news