pdf
ON THE COVER:
Sons of Austin
news

A closer look at the Downtown bike boulevard proposals

Point Austin: Earthquake All Around

City Hall Hustle: Who's Zoomin' Who?

Right behind the Hanger comes LegalZoom

State of the City

Mayor Lee Leffingwell delivered his state of the city address at a Real Estate Council of Austin luncheon on Tuesday, Feb. 2

'A' Is for Axed: UT Chops Cactus, Cuts Classes

What will the loss of the Cactus Cafe and informal classes mean to the UT community?

Much ado on the dais

Gun rights activists up in arms over shutdown of gun show

Moriarty Case Back in Court

Cleared trees could lead to flooding and other hazards, says city

Who's left to bid on running the city's recycling facility?

Obama's Decline; and The Next Health Care Reform Battle

Things are heating up for local foodies with Valentine's brunches, aphrodisiacs' cookbooks, and mixology workshops 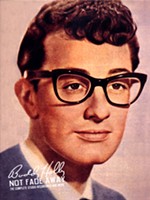 UT pulls the plug on the Cactus Cafe

In God We Trust 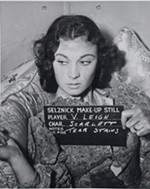 History in the Making

CBS OKs an anti-abortion spot from Christian conservative group Focus on the Family and nixes another from a gay dating site. Foul!

In this obvious romance, a soldier on leave falls for a girl, which leads to an anguished correspondence.

This new Bollywood film is a realistically told story about two con men.

Kristen Bell stars as a woman who pulls three coins from a fountain … and three new beaus in the process. 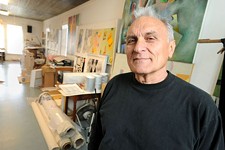 Not Too Tight at All

The disciplined abstracts of Helmut Barnett

You can thank your lucky stars for this opera of big, colorful, bouncy fun

Page Two: Before the Impending Flood 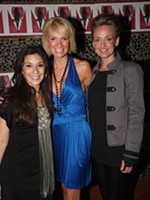 Don't ask or tell them to stay in that stinky closet

The Blacksmith Shop in Bellville is a working shop, but the smith is always ready to show visitors around