pdf
ON THE COVER:
The New Traditional
features

The art and science of Austintatious giftology

Unless you're the football coach, budgetary times are dire

Fleet Services may be cleaning up those tires, but there's still a big mess

City Hall Hustle: You, Too, Can Be Historic

Cap Metro fires its rail contractor, and Veolia strikes back

A Boulevard for Cyclists ... and Cars

Nueces Street could become the street of choice for Downtown cyclists

Capitol Dome to Get a Face-Lift

State Preservation Board announces a year of renovations

Damian Mandola has the restaurant business in his blood

Fifty-three recipes for the locavore

This week, Austinites dine for charity and teach the little ones to garden

Another successful Eat Local Week, and foodie news about town 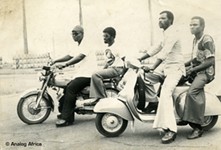 Stephen Bruton's final cut, a parting gift from At All Cost, and other holiday stocking stuffers

Nasty Gal, Is It Love or Desire

Jackie DeShannon, Me About You, To Be Free, New Arrangement

Music From the North Country: The Jayhawks Anthology, The Fine Print (A Collection of Oddities and Rarities): 2003-2008, Live From Austin TX

Atlantic Crossing, A Night on the Town, Unplugged ... and Seated

Live at the Isle of Wight 1970, Amchitka

Get Yer Ya-Ya's Out! 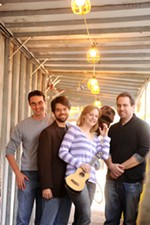 Three Guys, a Girl, and a Dog Named Friday

Austin film collective Jollyville Pictures on its ingredients for success

Feed an Artist, Nourish the World

Don't call it a downer: This acid wash of cancer, estrangement, and secreted longing was the surprise feel-good film of last year's winter crop

Do you dream in color? Network execs sure don't.

James Cameron's opus is thrilling, lovely, sad, and explosive in all the right ways.

Did You Hear About the Morgans?

Hugh Grant and Sarah Jessica Parker play a feuding New York City couple who rediscover their love while out West.

The End of Poverty?

This documentary argues against economic globalization and corporate imperialism.

In this supernatural thriller, Kevin Costner stars as a single dad whose daughter begins behaving strangely.

Two friends embark on a quest for their lost buddy in this new Bollywood comedy. Opens Wednesday.

Up in the Air

The director of Juno and Thank You for Smoking is back with another film that is perfectly in touch with the times.
arts & culture 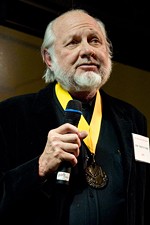 Speed talking at AMOA, Correa in as ASO ED, and Ballet East needs your toys

Whatever your holiday of choice, this Davis Gallery sampler is worth attention
columns 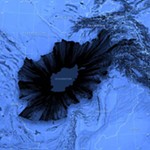 Letters at 3AM: Conditions on the Ground

This is no war on terror; we're taking sides in a civil war

Your Style Avatar throws it down, then sleeps it off. It's the holiday season.