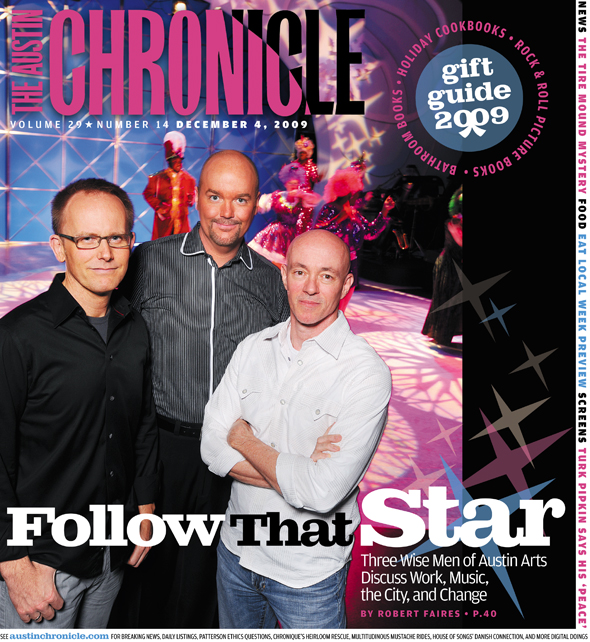 pdf
ON THE COVER:
Gifts of the Magi
news The Tire Mound of Mystery

Official Tire Manifest Forms Provided by the City of Austin

Let the Chronicle News staff stuff your stockings this year

Point Austin: Twilight of the Empire

The fluoride fight goes on, and in other news ...

Toward a greener future

Did judge tell the truth?

Political hopefuls: Get your paperwork in order

No Indictment in Lunt Shooting

TABC explores changes within agency in wake of shooting

The arm drops all the way down Closing, Cleaving, and grieving in Austin

On the Line: The Stations, the Heat, the Cooks, the Costs, the Chaos, and the Triumphs: Inside the World of Le Bernardin

For anyone who aspires to be associated with the restaurant business in any way, this is required reading

The Concise World Atlas of Wine

This guide is highly recommended for the oenophile on your list

Entrée to Judaism: A Culinary Exploration of the Jewish Diaspora

Over the centuries, wherever Jews have settled across the globe, they've absorbed and adapted local flavors into their culinary customs

Six baking books for you to sink your teeth into

The Pleasures of Cooking for One

In her latest, Judith Jones enthusiastically illustrates exactly how to cook delicious, nourishing, and soul-satisfying meals for oneself

Complete Book of Indian Cooking: 350 Recipes From the Regions of India

Ready, Steady, Spaghetti: Cooking for Kids and With Kids

This book is an excellent introduction to the world of baking

Growing Good Things to Eat in Texas: Profiles of Organic Farmers and Ranchers Across the State

The perfect gift for a gardener who has it all

If one must only have one book on chiles, this should be it

To see or not to see

'Picture book of people with each other'

Another progress report from Red River, the return of Sixteen Deluxe, and Papa Mali's American beauty

Miss O'Dell: My Hard Days and Long Nights With the Beatles, the Stones, Bob Dylan, Eric Clapton, and the Women They Loved

The World in Six Songs: How the Musical Brain Created Human Nature

Man of Constant Sorrow: My Life and Times

Thelonious Monk: The Life and Times of an American Original

The Tao of Wu

I Slept With Joey Ramone: A Family Memoir

Gimme Something Better: The Profound, Progressive, and Occasionally Pointless History of Bay Area Punk From Dead Kennedys to Green Day

We'll Be Here for the Rest of Our Lives: A Swingin' Showbiz Saga

Always Been There: Rosanne Cash, the List, and the Spirit of Southern Music The State We're In

Yep, it is broke, and Turk Pipkin wants us all to fix it

Bryan Poyser's Lovers of Hate to compete at Sundance

Celebrate the season from the couch

Robert De Niro is the father of grown children (played by Drew Barrymore, Sam Rockwell, and Kate Beckinsale) in a family that has trouble communicating.

One Peace at a Time

Austin-based writer, actor, and filmmaker Turk Pipkin urges us to work for solutions to world problems in this personal documentary.

In this Bollywood film, a 13-year-old boy tries to live a normal life despite suffering from progeria, which causes him to physically age prematurely.

In this comedy, college students on a semester abroad in Romania party hearty – with vampires.
arts & culture 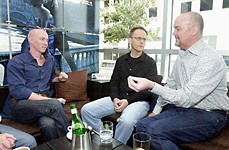 Gifts of the Magi

A new set of honors for the city's hardworking painters, sculptors, and other artists

'Tony Fitzpatrick: No. 9, An Artist's Journal' Letters at 3AM: The Numbers This Time

There exist co-enabling models of therapeutic and addictive wars

What is more delicious than a tender, caring heart?

Where do alligators in Texas go during the winter?

Mars and the military, McDonald's, and much more

The NCAA Women's College Cup returns to College Station (and the tube) this weekend, and more