pdf
ON THE COVER:
Things Are What You Make of Them
news

Hard Times in the Land of Plenty

Service nonprofits and their funders face the economic gale

Dedicated to the Ones They Love

Cap Metro mulls transit options for those in need

Beside the Point: Trust Us, We're the Water Utility

BY NORA ANKRUM AND AMY SMITH

Looking beyond the WTP4 controversy

Where Cap Metro Jumped the Track

Firefighters close to signing a contract

The focus has narrowed on an Internal Affairs investigator

Media Bosses Get It Bassackwards; and Goofing Up Health Care Reform 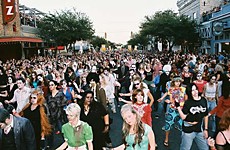 Think pink this month, gear up for winter veggie delivery, and try out organic burgers

Cocktails for charity and beer just because

Girl of the Century

Woven Bones, the Tunnels, Sour Notes, Open Casket, Scrabble Robot, Deadly Companions, the Extravaganza, the No No No Hopes

The Minus Touch EP, the Tunnels, Never Mix Never Worry, the Open Casket/Scrabble Robot, Deadly Companions, Too Dumb to Die, the No No No Hopes

Where the Writers Roam

Things Are What You Make of Them

Auteurs Stake a Claim on the Small Screen

Mitchell Hurwitz and Matthew Weiner made their names in TV. Have they gotten too big for it?

Vamping on an Old Folk Myth

A Yankee sport finds an unlikely home in Central Texas

Can't make up your mind what to watch? Here are eight good bets.

What the Hell Is Rue McClanahan Doing With All Those Cats?

The bizarro relics of the Found Footage Festival

A fascinating portrait of an artist and adulterer

All Power wants is to be the best possible air drummer he can be.

This American-bred Astro Boy remains true to the heart and soul of the Japanese original but lacks its raw animation and emotions.

Unlike Twilight, the other vampire series based on young adult novels, Cirque du Freak isn't afraid to laugh at itself or the conventions of the genre.

From the filmmaker who make the Roky Erickson doc, You’re Gonna Miss Me, comes this astute and empathetic survey of Dungeons & Dragons gamers.

In this thoughtful documentary, Chris Rock touches on – if by no means produces a definitive telling of – many facets of the highly charged topic of African-American hair.

A happily married Indian couple in Australia hits marital strife when work separates the two in this Bollywood romance.

More Than a Game

Before joining the NBA, LeBron James was a high school star who climbed the heights with a core of teammates, all of whom are documented here.

A young man tries to teach his dating techniques to his lonely, widowed grandfather (Andy Griffith).

Watch out for those "family values" guys who sweep Mom off her feet and move into your house. They may not be who they seem.
arts & culture 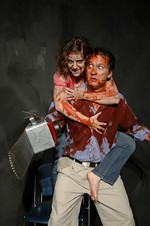 ... And bloodsuckers and zombies and ghosts and murderers all over our stages this week

Tom, the elder Smothers Brother, talks about comedy, his heroes, and politics

If you watched Saved by the Bell as a kid, you'll have a darn good time at this staged send-up

A dreamlike exhibition of memory and the continual erosion thereof
columns

Why do we have to hate those with whom we disagree? 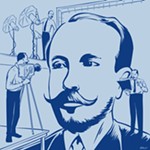 Letters at 3AM: Georges Méliès' Tricks and Treats

Stephen picks a peck of peckish and goes tête-à-tête

Don't be an outcast – listen to OutCast!

Got a pie emergency? Give the Pie Peddlers in Glen Rose a call.

Pasta, Juggalettes, and much more

Eminent Domain – How Does the Condemnation Process Start? 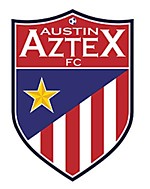 Last chance to catch UT at home, and more