pdf
ON THE COVER:
Can This District Be Saved?
news

Can This District Be Saved?

How Does TDR Work?

Scenes From the Warehouse District

What if enviros and the city partnered on water conservation?

Reflections on the value of Texas labor

Local schools react to the hubbub over Obama's school speech

Galveston marks Ike anniversary with celebrations of recovery and rebirth

Ike and the 81st Lege

How did Galveston fare at the Capitol?

Having lost its two big battles at the Lege, Envision Central Texas retrenches to win the war

The return of indie pizzas!

French, Indian, and Gulf of Mexico seafood newcomers; restyled Japanese surf with American turf; and postprandial treats for both humans and canines 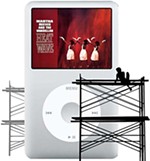 I Built My Girlfriend's iPod

Stranded on a desert island? At least you have your iPodSolar.

Creative Opportunities Orchestra pays tribute to Tina Marsh, local bands find new ways to finance their recordings, and the many hats of Stop the Truck

Crayon Angel: A Tribute to the Music of Judee Sill, Tribute To

Depend on Me: The Early Albums

The Supremes & the Four Tops 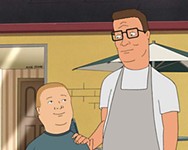 The World Is Flat

How King of the Hill helped make Texas three-dimensional again

Crafting the Autobiography of Another Man

Sandra Bullock plays it kooky in this romantic comedy in which she stalks a CNN cameraman (Bradley Cooper) with whom she's smitten.

Masters of rock guitar – Jimmy Page, the Edge, and Jack White – gather for a summit of the generations, caught by the lens of An Inconvenient Truth's Davis Guggenheim.

9 is a beautifully and imaginatively animated fable, whose vague story about social cooperation is not equal to its visual grandeur.

This intriguing documentary observes Anna Wintour and her staff at Vogue put together the magazine's September 2007 issue, its biggest issue ever.
arts & culture

In its eighth year, the annual Austin comedy festival did this city proud

With the record heat, August brought the departures of three executive directors

Improvised Mamet as sharp and fast as gunfire; Trek a bit slow getting to warp speed

Here We Are: Christa Palazzolo and Brian Halloran

Chuck Close: A Couple of Ways of Doing Something

This show of portraits invites us to linger over and study faces, to really see them
columns

We share a collective amnesia about the 1950 U.S. law that permitted the concentration camp internment of known Communists and others "liable to become subversives"

In between TV marathons, Stephen Skip-Bos to his Lou all over town at the functions he can still make it to

Get on back to school with your queer self

Aztex lose final home game of the season, and more