pdf
ON THE COVER:
This Time Just the Girls
news

Does Austin Need Its Own Air Control Bureau?

When Does Toxic Become Too Toxic?

Point Austin: Another War for Sale

NPR covers 'Iran and the Bomb' – from A to B

Beside the Point: Pray for Drought

The unexpected blessings of global warming

Homelessness in San Antonio and Austin

Could a unified campus for homeless services work as well here as in San Antonio?

The decision has not escaped criticism

What Will New AISD Budget Mean About Next Year's?

After struggles over staff pay, the budget is ready – and Carstarphen's ready to look to the future

What Part of 'No' Don't You Understand?

Race to the Judicial Starting Line

Judicial candidates emerge with the primary six months away

To Market, to Market

So you want to sell your food product?

Austin burgers and bakeries are in good hands, and several foodie contests just wrapped up

This Time Just the Girls

Jesse Dayton walks with a Zombie, while T Bird & the Breaks spice things up for the annual Hot Sauce Festival

Things I Know, Speck, This Time Around It, In the Dark Will Work for Laughs

Mike Judge clocks in with Extract

This Oscar-winner for Best Foreign Language Film is a gentle and comedically nuanced exercise in mourning from Japan.

The Mystery Team is a crime-solving trio of clueless high school seniors, brought to us by the five-person troupe called Derrick Comedy.

The director of Brokeback Mountain looks for peace and love in another decade and finds it at the legendary festival through the story of one key participant.
arts & culture 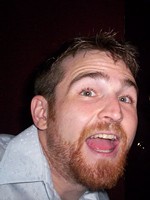 Off the Cuff and in Your City

A roundup of Austin improv schools

The landscape shapes us, say these prints by the Texas regionalist, and we are it

The prose themes of Willa Cather are timeless

Subletting Your Apartment – Can You Do It? 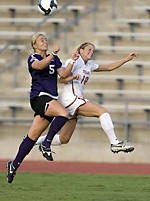