pdf
ON THE COVER:
Do Right Woman
news The budget balances, and stitching is transparent

The 2009 AISD budget balances the books, but the financial future's not bright

The Comprehensive Plan and the waterfront need engaged Austinites

A Plan to Plan for a Zero-Waste City

Leadership will determine the success of long-range strategy

Will Perry appoint someone with a chance of winning the election?

Double Murder: The Dark Side of Reefer Madness Cheese in the Heart of Texas

The Austin food community is gearing up for the opening of what promises to be a really good foodie movie, Julie & Julia

A guide to local foodie events in Austin 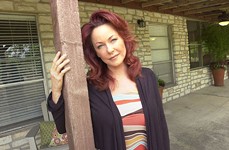 Room 710 prepares to shut its doors, Amy Cook goes under the lens, and introducing The Austin Chronicle Music Anthology

On My Way to Houston

Been There, Done That

Louise Bourgeois: The Spider, the Mistress and the Tangerine

From the writer and director of Saw 4-6 comes this horror film about a handyman who tries to rob his employers' home but finds it rigged with a lethal maze.

With this story about comedians which stars Adam Sandler and Seth Rogen, filmmaker Judd Apatow rewrites his own songbook in the key of James L. Brooks, a tricky mix of humor and heartfelt.

In its gadget-lust and obvious Transformers envy, G-Force is a loud and stupid Jerry Bruckheimer production, and its guinea pig spies are similarly crude.

A married couple adopts a child who turns their lives into a horror show in this atmospheric, above-average but overlong addition to the "cuddly hellspawn" genre.

The Stoning of Soraya M.

This impassioned work of persuasion is like a splatter film made for the Lifetime network, a screed against stoning made for audiences who already agree.

This documentary is a full-immersion glimpse into the ancient traditions of Buddhist reincarnation and one that no filmmaker has ever before explored with this level of freedom and insight.
arts & culture 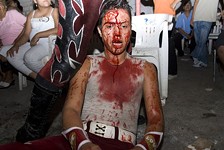 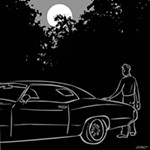 We did not fall from the Garden; we journeyed away

Stephen softens with age ... at least for this column.

Reports of its drifting off into the sunset greatly exaggerated, Foodies rides again

Does the Setback Ordinance Apply to My Garden Shed?

BY EVAN JOHNS AND LUKE ELLIS

Luv Doc Recommends: How to Secede in Texas Without Really Trying