pdf
ON THE COVER:
A Gathering of Tribes
news

Developing Stories: Chipping at the Waterfront

Cap Metro: One Deadline at a Time

A MetroRail update – and an update on the next update

When Good Things Happen to Bad Bills – and Vice Versa

Quickies from the Capitol

Thumbs Up for State-School Reforms

At long last, some changes afoot in state schools

Back to the Drawing Board

Bicycle Master Plan Gets a Tune-Up

If it's May, it must be Bike Month

Sunset Comes in Many Colors

How agencies are faring at the Sunset Advisory Commission

No Place for Perkins on Paroles

See what happens when you dis sex toys?

What Ever Happened to Prince Albert in a Can?

People generally call 911 for help, but one guy is calling to make terroristic threats

The recession has hit at KLRU

Point Austin: The Super Looks Back

Reorganizing the AFD is about money ... and justice

Too Big to Punish?; and Begging for Regulation

While higher-end restaurants may be struggling in the current economy, the local burger business is booming

Emotions flow at Tower of Salsa benefit, and Texas recognizes the good will of Les Dames 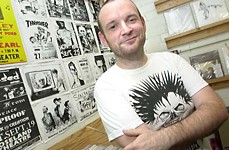 A Gathering of Tribes

Striking down the Thunder of Gods Festival

The End of Feel Good Music

Down at the End of the Bar

Top of the Holler, Those Words, Those Frames, Circles, Dressed for Success, Fever Medicine, A Dance in Red

Fifty Miles Into the Main 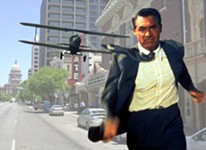 That Thing They Do

After kicking around for months, The Brothers Bloom finally makes its mark

News from Cannes and nearer climes

What's In and What's Out

The Limits of Control

Jim Jarmusch tells an elliptical, European-set story about a loner and the criminal activity in which he's involved.

Despite a couple of good action sequences, Terminator Salvation is loud, talky, and entirely lacking any sort of soul or sense of good old summer-matinee fun.
arts & culture

Not Weird but Real

From a strong field of 14 comics, Bryson Turner took this year's comedy crown

Ned Rifkin, former Smithsonian undersecretary of art, is the new director of the Blanton

The Vortex's latest theatrical immersion in myth sinks you down 20,000 leagues

Along the path back to wonder

'A brilliant cascade of cause and effect' can describe my life

Your Style Avatar is back. In black.

A guide to the Big Bend region of Texas

Can you feel it? Pride is coming.

Deferred Adjudication – What Is It?