Taking stock of the 81st Lege

To impeach or not to impeach

Quick hits from the Capitol

Creatures of the House

Lots of Reform, No Money

We Can Has Shield, Too?

Grading the Campaign Ads: Who Did Their Homework?

Which candidates did their homework?

When is a run-off not a run-off?

In our hearts she's No. 1 with a bullet

City Counseling: Sprinting to a Compromise

Council and joggers 'give a little bit' on street closures

Getting a Move on Mobility

City Hall Hustle: What Time Is It? It's Brewster Nation Time!

The McCracken week that was

Despite the grownup Greeks,
J Black's has some of the best bar food in town

This place at the end of the alley promises tacos and cold beer, and it delivers

The Austin dessert craze includes the treats at Pie Slice

This weekend, head to Waterloo Park for barbecue shenanigans 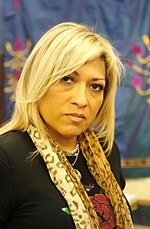 The Latin ladies have it, but the Krayolas want it back

A Rose by Any Other Name

'Cause I Sez So

Sounds of the Universe

Empire of the Sun

Walking on a Dream

The Constancy of Sorrow

Getting Creative With Constraints

Joyless v. Joyful: The case against Pulling and for Gavin & Stacey

TV Eye gets schooled by readers, Paul Saucido and Stephen Mills on the air, and this Twitter's for you

This small marvel of a film by American portraitist Ramin Bahrani is a large-hearted examination of human curiosity and kindness and the limits of both.

Quintessentially French in its preoccupation with the vagaries of l’amour, Shall We Kiss? is painfully dunderheaded about the proclivities of the human heart.

Star Trek is an immensely satisfying origin story that introduces the characters we know – before we knew them.

Sugar, by the makers of Half Nelson, follows a major league hopeful's path from a baseball academy in the Dominican Republic to stateside spring training and single-A ball in rural Iowa.

Wolverine is a noisy mess, full of Hugh Jackman's seriously killer snarl but utterly devoid of the borderline-subversive smarts that made Bryan Singer's X-Men films so resonant.
arts & culture

Can Sharon Sparlin's play get science and religion to stop yelling and start talking?

The lush maps created by this visual artist aren't real, but they are worth exploring

Having a personal relationship with an impersonal God

If black people freak you out, don't bother reading ...

This is what 24 hours of nonstop pingpong looks like