pdf
ON THE COVER:
The Bicycle Thief
features

Point Austin: Madness in Many Packages

From Highland Mall to PACT, the lunatics are at large

Cavazos or Riley? You decide.

How do you persuade Rick Perry to do the right thing?

At least one legislator thinks Tweeting is for the birds

What your legislators are up to this week

Experts Weigh In on Voter ID

You may be adding 10% to your strip-club budget soon

Watching You Watch Ads; and Obama's Third Surge in Afghanistan

Local Restaurants Curing Their Own

A History of Pigs in America

This region's wines are pure, delicate, and elegant

Adam Cotorceanu plays with his latte at Quack's, while spring brings changes around town

Beyond the Bourbon Legend

The bottle didn't let Jason Boland down, and neither did his workingman's honky-tonk

If a Downtown venue closes down for the Clyde Littlefield Texas Relays, does it make a sound?

Fork in the Road 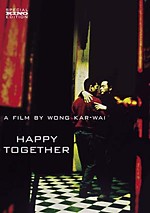 Is there any contemporary American director who can so effortlessly invoke the essence of tragic love and endless loss as easily as Hong Kong's Wong Kar-Wai?

Visconti's last film was a masterwork of late-19th century sexual mores and a crash course in the possibilities of set design, but this new release is marred by subpar subtitles

This set features six of the expressionist's most famous movies from his early years in Germany, each a masterpiece of symphonic chiaroscuro

Friday Night Lights gets renewed for two more seasons, and the House passes the incentives bill. Are things looking up for the Texas film industry?

In this supernatural Bollywood thriller, a man has the ability to see a dead person's past by staring into 8-by-10 glossies.

Barbara Sarafian’s jaundiced but stoic portrait of exasperated middled-age womanhood is the big revelation of this Belgian import.

With more of a resemblance to The Cable Guy than Paul Blart: Mall Cop, this Seth Rogen comedy about a bipolar mall security guard is decidedly dark.

This triptych of short films by directors Michel Gondry, Leos Carax, and Bong Joon-ho is a gorgeous, sprawling mess.

Essentially a Russianized version of the courtroom drama 12 Angry Men, 12 is a moral powerhouse that's both intellectually riveting and indescribably poetic.
arts & culture There Can Be Only One

Fronting and posting at B-Boy City 16

A Flea in Her Ear

This Feydeau farce is like an apple pie: familiar, and it tastes good going down

With an all-too-familiar rant recalled and reoffered

Obama's bank policy is good for bankers and reckless for us

Stephen pulls a rabbit out of
his ... hat

Chandor Gardens mixes the open space of a formal English garden with the intimacy of a Chinese garden and transformed one man's dream into a magical, picturesque setting

Race walk, do not walk, to see Adelina Anthony!

If you haven't caught the NBA-level talent playing with the Austin Toros, don't miss the game on Friday

Tax Return – Can I Get an Extension?