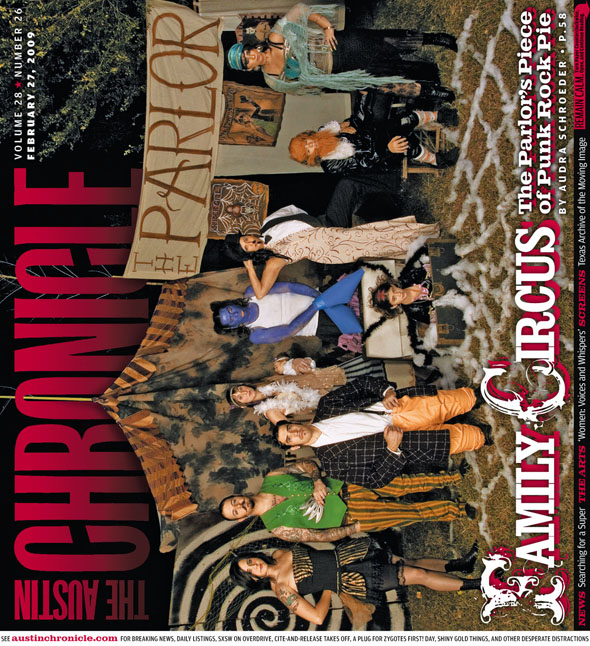 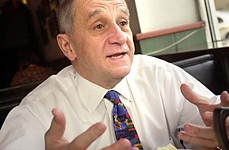 Bringing the Group to the Vision

As Pat Forgione prepares to say farewell, he looks back on his AISD decade

Looking for a School Chief

AISD zigzags its way to a new superintendent

Now is the time to act, senator says

We're in the Money

Are the wheels coming off the bus?

Laura Hall Out on Bond

Whether to Laugh or Cry: Sex Ed in Texas

While you were watching your 401(k)

Mining the vaults of Austin City Limits, navigating the SXSW grid, and hanging with Jenny Wolfe After School

The family that plays together makes pizza together

The Century of Self

At Ease With Your Haste

Reclaiming Texas History, One Home Movie at a Time

The missionary zeal of the Texas Archive of the Moving Image

The How's Your News? crew rolls out its unique brand of reportage on MTV

There's life in it yet: The ailing Texas film industry is looking awfully sparky these days. We like.

Read the book ... and leave this DVD to the television archives where it belongs

I've Loved You So Long

Kristen Scott Thomas is unforgettable in this French film about a woman who has to live with her self-hatred after committing a heinous crime.

Again it's time for the annual unveiling of this tasteless-and-proud-of-it cartoon collection.

Joaquin Phoenix (in what he claims is his last film role) stars as a nebbishy New Yorker caught between two very different women.

This Israeli filmmaker creates a dreamy, animated psycho-documentary about his attempt to recall buried memories of his participation in a massacre while serving in the military.
arts & culture

Austin Arts at the Armory

'Birth of the Cool'

Bargains, film, and live jazz jazz up the Blanton's toast to midcentury modernism

In Screenworld, face-to-face engagement is devalued, yet one is never alone

All style, all the time, from the Houston Ballet Ball to the Oscars

Accuracy of the musical memory, Lincoln questions the divinity of Christ, and more