pdf
ON THE COVER:
Movin' on Up
news

Revving Up for Slow Times

How local entrepreneurs plan to weather the recession

The Fed chairman visits, and the news is very mixed

There are all kinds of ways to be a good citizen this week, Dec. 4-10

Busted in Aspen, Sued in Denver

Kirk Mitchell of SOS sued for battery in federal court

Firefighters Give Contract the Axe

The contract would've helped the chief diversify the department – a bad thing, apparently

Klingler on Republicans in 2010

Where Texas Republicans went wrong, and what it'll take to go right

Texas House: Balance of Power Hangs in the Balance

From Ugly Political Ads to the Beauty of Return Day; and Link Up With the Obama White House

Everything but the Elves

Santa's bag is full of books for cooks this Christmas!

A Day at elBulli

The Book of New Israeli Food: A Culinary Journey

The Art of Mexican Cooking

The Flavor Bible: The Essential Guide to Culinary Creativity, Based on the Wisdom of America's Most Imaginative Chefs

The Widow Clicquot: The Story of a Champagne Empire and the Woman Who Ruled It

Secret Ingredients: The New Yorker Book of Food and Drink

Eat Me: The Food and Philosophy of Kenny Shopsin

The Fireside Cook Book: The Classic Guide to Fine Cooking for Beginner and Expert

Peace Meals: A Book of Recipes for Cooking and Connecting

The Top 3 baking books on the market this holiday season

Teens in the Kitchen at Central Market

Forget the gadgets, and gift your teen with Central Market cooking classes

Your local foodie events for Dec. 4-31

Delta Blues: The Life and Times of the Mississippi Masters Who Revolutionized American Music

The Way I Am

The Hardest Working Man: How James Brown Saved the Soul of America

I Want to Take You Higher: The Life and Times of Sly & the Family Stone

Suzy, Led Zeppelin, and Me

Bumping into Geniuses: My Life Inside the Rock and Roll Business

He Is ... I Say: How I Learned to Stop Worrying and Love Neil Diamond

A Wished-for Song: A Portrait of Jeff Buckley

Who Are You: The Life of Pete Townshend

I Shot a Man in Reno: A History of Death by Murder, Suicide, Fire, Flood, Drugs, Disease, and General Misadventure, as Related in Popular Song

It Still Moves: Lost Songs, Lost Highways, and the Search for the Next American Music

Sing Me Back Home: Love, Death, and Country Music

1,000 Recordings to Hear Before You Die: A Listener's Life List

How to be a Producer in the Digital Era 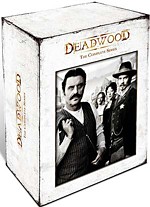 In this Very Deadwood Christmas, stop only to drink eggnog every time a character says "cocksucker" or gets stabbed in the chest

In which the geeks inherit the earth

Death to the laugh track

Just the thing for the hyperactive adult on your Christmas list

An equal emphasis on the blood and the lust

The lasting power of Ladies and Gentlemen, the Fabulous Stains

A heavy-handed melodrama that features a young, brooding antihero and Sissy Spacek as his emotionally paralyzed mom.

Marvel Comics' Frank Castle again comes to the screen as a one-man vengeance machine in this stylishly violent and gory opus.
arts & culture 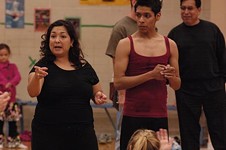 This December, Vestige goes ape for an offbeat rock musical with a hairy hero

Pack up the kids: Comedian Jim Gaffigan is back, taping his Austin shows for cable

These busy abstracts create visual fields that are active, festive, and seductive
columns

A bounty to getting older is that you grow tired of the uselessly dramatic aspects of yourself, and most of your fears evaporate

Gay Place is calling in gay

Stephen's gratitude is sincere, and we may thank some great news for it

Four reasons to jump on the Austin Toros bandwagon

Health vs. length, Texas vs. New York, and more

Luv Doc Recommends: A Night of Music From Around the World