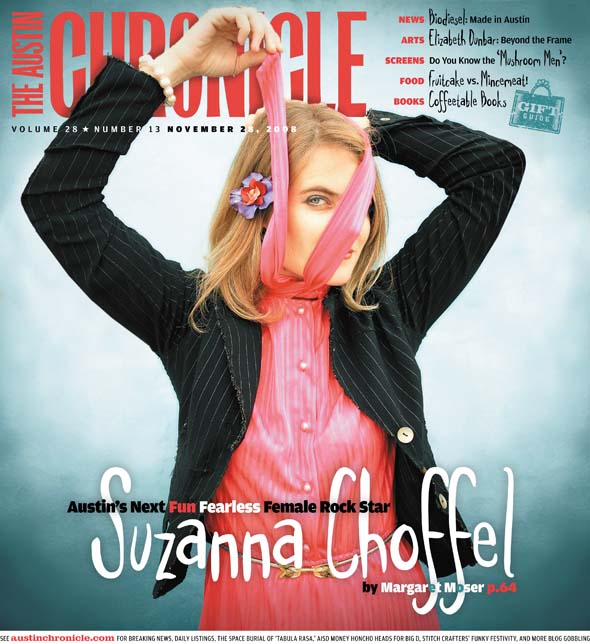 pdf
ON THE COVER:
The Next Fun Fearless Female Rock Star
news 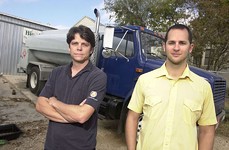 Sustainable Biodiesel: Made in Austin

How two guys are putting Austin on the biodiesel map … again

Algae: Slime to the Rescue

In a dark time, among us walk ordinary heroes

School Boundaries: Please All, Please None

Another map emerges in building enrollment for new middle school

Will the Lege grant more regional planning authority to local communities this time around?

Not in My Graveyard: RAMP vs. Covenant Presbyterian

The FCC is investigating Time Warner; African-American weekday news anchors are few and far between

Clash of the Titans:

One light version, one dark

Give this amazing, ambrosial concoction a chance

Skip the sugar crash and dairy congestion, and head for the frozen treats aisle for Coconut Bliss

... Though Cheating Was Never an Option

Exclamation Love, Don't Be Shy, Velvet Sky, My Barn Having Burned, I Can Now See the Moon

By Any Means Necessary, Baron Grod, Lions of Tsavo

The World Left Is Mine

All Night All Day

Sweetheart of the Neighborhood 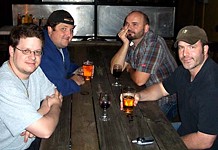 Out of the Dustbin, Onto the Web

Jack Bauer's back, and, boy, is TV Eye glad

Anita O'Day: The Life of a Jazz Singer

This celebratory documentary skips briskly over the 60-plus-year career of one of jazz's pre-eminent and most original singers.

Character actor Robert Davi directs and co-stars with Chazz Palmintieri in this movie about a former doo-wop group that tries to recapture its glory days.

Fear(s) of the Dark

This French anthology of six short animated films, which are thematically linked by their dark tonalities and stirrings of dread, has greater appeal for animation buffs than horror hounds.

From the director of the hit documentary The King of Kong: A Fistful of Quarters comes this holiday-themed romantic comedy that stars Reese Witherspoon and Vince Vaughn. Opens Wednesday.

Jason Statham returns for the third venture in this action series, which is surprisingly better than you might expect.

One is human and the other's vampire: What's a pair of young soulmates to do?
arts & culture

'You're a loose cannon, Cochise!'

Austin on Broadway: More Shooting Stars Than Ever

A.R. Gurney's play about a man and his dog is fun but makes a mess of its message

Your Style Avatar finds a pirate photographer in the boudoir

UT's Destinee Hooker is a dominating force on the volleyball court

Bagels from Egypt, beer bottles for Buddhists, and more

Child support – How Much Will I Pay?