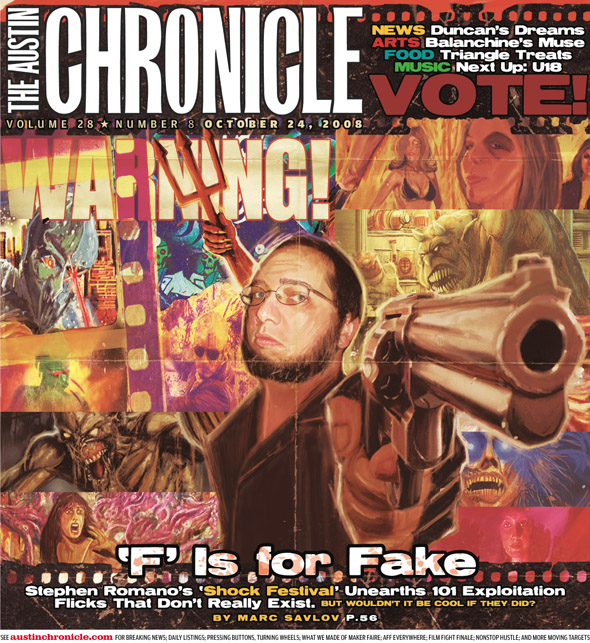 pdf
ON THE COVER:
Shock and Awesomeness
news

The Making of an Endorsement

Chronicle staff's internal email exchanges show how sausage gets made.

A Little Moment of History

Plugging In to Austin's Future

The cars of the future are here

Our milk jugs, newspapers, and cereal boxes are shipped to Dallas for sorting and selling

The hidden costs of Proposition 2

Politics Perks Up in Hays County

Keep voting all the way down the ballot, folks

Too Late for Noriega?

Dowd, on This Historic Moment

No Child Left Behind

Cap Metro employees face another stark decision on their livelihoods

City Hall Hustle: The End Is Near ... Not

The Hustle turns his gimlet eye on Prop. 2

Smaller Newspapers, Bigger Conglomerates; and Barons of the Mass Media Ignore the Masses 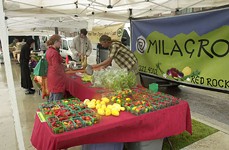 What's Cooking at the Triangle

Dogs, sausages, beer, and spirits on a lovely October weekend

Fabulous Texas rum on the cheap

Austin's bands of tomorrow are already here, they're just U18

The Last Waltz: Looking back on the legacy of the Backyard and a tribute to Danny Roy Young

Only by the Night

Stephen Romano puts the movies in his mind down on paper in his fake-history coffeetable book, Shock Festival

The Art of Schlock

A Good Day to Be Black & Sexy

It's All Nice on Ice

Wrapping up the Austin Film Festival

A Strange Brew of Old and New Media

In this new Bollywood film, two young men embark on a journey during which they learn many things, among them the meaning of patriotism.

This documentary manages to do something damn near impossible: make the subject of the U.S. national debt understandable and, moreover, render it interesting and urgent.

The Order of Myths

This smart and subtle documentary looks at the ingrained traditions of racial segregation that still remain in the dual Mardi Gras celebrations in Mobile, Ala.

Edward Norton and Colin Farrell top this predictable police procedural about clean and dirty cops who are also brothers in a family of Irish cops.

This animated Bollywood film about a pampered dog who is abandoned in Mumbai was partially financed by Walt Disney Pictures.
arts & culture

Balanchine, by the Muse

Working with the Suzanne Farrell Ballet, Ballet Austin gets in step with history

'Night of the Living Dead'

Memo to all drama queens: ACoT's annual theatrical honors are this Sunday

Get Your Art On

While an ailing Cliff Redd rests, the Long Center board chair steps in as director

The Casket of Passing Fancy

Proposition 2 and other economic quandaries

For the best ribs in the world, try North Main BBQ in Euless

Gay Place has no boundaries

The No. 1 Longhorns are too good to ignore

Powered by kites, ovulation during full moon, and more

Don't Forget About the Supreme Court

Luv Doc Recommends: Scare for a Cure's World of Horrorcraft