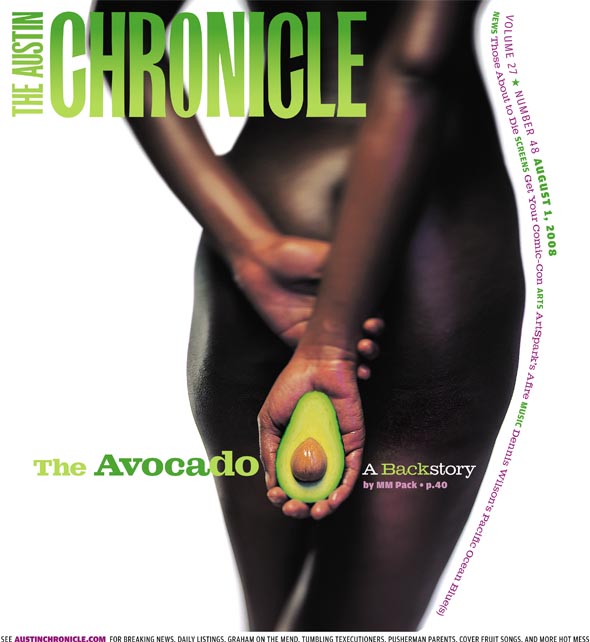 pdf
ON THE COVER:
An Avocado Story
news

The Death Penalty in Practice

Those Who Are About to Die

BY JORDAN SMITH AND JANA BIRCHUM

Your good-citizen calendar for July 31-Aug. 7

Austin Not So Walkable

A new source for electricity is on the wind

Phone Use Cut at Hutto

Finally! A piece of environmentally sensitive property that won't be developed.

The annual budget melodrama rounds up the usual suspects

DHS Border Fence Will Split Campus; and Dodging a Tax by Dissing Pringles 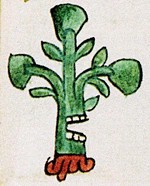 From the Aztecs to the Austin Aztex, everybody's eating avocados

Ten Things You May Not Know About Avocados

Grow Avocados in Texas? Yes, We Can.

It is a fruit, after all

Japanese diet noodles can be substituted in many dishes

From campus to the convention center, new executive chefs are courting culinary connoisseurs

The Mayor of Washington Boulevard

The Dedringers and James McMurtry visit VideoRanch, the Strange Boys land In the Red, the Decoder Ring crosses paths with the Hold Steady and Modest Mouse, and Full Service amps up in a parking lot near you

Going to the Zydeco

Gulf Coast Blues, Shotgun Party, One Step Above the Blues

The Beauty in the Ruin

Some glorious bastards, new to DVD

Of Strip Clubs and Hash Stashes

On location: Dance With the One

AMC's Mad Men is back, and boy, is TV Eye glad

It's a film, not a miniseries, but this rendition's attention to the steep divides of class and religion in prewar England remains as sharply etched as ever.

A septuagenarian love story from Spain, Elsa & Fred will likely warm the cockles of your heart, even though it’s hardly the stuff of great romance.

In this Indian remake of the Malayalam hit Kadha Parayumbol, a film star gives an assist to an old acquaintance.

The Mummy: Tomb of the Dragon Emperor

This third outing makes it abundantly clear that this once-fresh mummy franchise is dead in everything but name.

Like a pilgrim seeking salvation, Ripple Effect is awash in self-important questions, becoming an exercise in pop mysticism which stars Forest Whitaker.

Kevin Costner’s new comedy may be timely, but that doesn’t make it funny or worthwhile.

The many pleasures of this riveting psychological thriller from France derive more from the perplexing questions it raises than the discovery of the answers.

The X-Files: I Want to Believe

Mulder and Scully, these once-keen buckers of bureaucratic BS and masters of the painfully engorged tease, have become deadly dull in this newest incarnation.
arts & culture

When strangers team up to create a play and a video game in 10 weeks, sparks fly – in a good way The "Situation" is upon us: China and Southern Asia can support their own growth and have no more use for us

Stephen was never one for backpedaling

Check here each week for excerpts from our Gay Place blog and highlights from the week's listings.

What's the deal with my security deposit?