pdf
ON THE COVER:
Building Buzz, One 'Bag' at a Time
news

The New Council Weighs In

From Prairie to Settlement to Village

And you thought Webberville was just a spot on the map

Quote of the week

Their Reputations Precede Them

AG and Dems Settle ... Then Fuss

Voting fraud lawsuit ends in 'victory' for both sides

This just in: booze and bikes don't mix

The Sunset Advisory Commission calls out TxDOT's lack of accountability

It's Party Time at the State Convention

There's still plenty of fun to be had …

Who will they pick? And who are they, for that matter?

Who Will Preside Over Parks?

Austin Parks and Rec searches for a visionary new director

Children reunite with parents in wake of Supremes' decision

The proposed PUD amendments won't fix the problems without a plan

(Further) Beside the Point

Admiral Dunkerley ships out; anchors aweigh for the new council

Aging Agitators; and the Price of Imported Shrimp

The choice campus eateries this summer are close to UT, easy on the wallet, and fast The SXSW of Hooch: Tales of the Cocktail

Tales of the Cocktail, held each July in New Orleans, is a must-attend festival for professional foodies and mixologists

If Dan Dyer couldn't sing, being 'easy on the eyes' wouldn't matter

Hayes Carll got a guy sent back to prison!

There's a whole lot of shaking going on thanks to Johnny Walker, the Pachanga Latin Music Festival, Return to Forever reunion, and Breakaway Records

Take One as Needed for Pain

Let's All Go to Bed

As the Crow Flies 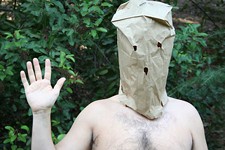 Building Buzz, One 'Bag' at a Time

A short, unreliable survey of the bag in recent cinema

Tragedy on the Border

The SAMOPC hosts a night of music and a movie

Whip It? More like a 'Blew It': Drew Barrymore pic finds better incentives in Michigan

The Starz network digs into the history of comic books

While examining steroid use and abuse, this documentary discovers that enhancement drugs permeate our culture. Who’s to say which ones should be illegal?

Faux documentary about a strip-mall kung-fu sensei without the sense to come in out of the pain has moments of laugh-out-loud greatness but also much dopiness.

Jack Black's animated Po may be an animated panda bear, but deep down, he’s really just a nerd with a pop-culture obsession.

Oddly, Harmony Korine's film may be his most accessible as a director, featuring characters and images that are unforgettable – even if they don't add up to a complete narrative or visual whole.

Bollywood sequel is a political drama that further explores episodes in the lives of the powerful Nagre clan.

The great documentary filmmaker Errol Morris delves into the notorious photographs taken at Abu Ghraib to discover the "truths" they contain and whatever culpabilities they might reveal.

Stuart Gordon tells his own creepy version of the story about the Fort Worth woman who locked her car in the garage for days with the mangled-but-still-living body of a human victim stuck in her windshield.

This documentary is a revealing portrait of Dorian “Doc” Paskowitz, the spiritual father of Israeli surf and the corporeal father of a nine-child surfing dynasty in California.

You Don't Mess With the Zohan

As far as we know, this Adam Sandler movie is the first Hollywood-made Jewish/Palestinian/immigrant comedy that also doubles as a surprisingly trenchant analysis of the Middle East's perpetual bloodbath.
arts & culture

Watching local artists, designers, and filmmakers show 20 slides for 20 seconds each can be either illuminating or excruciating

ALO's hometown take on Die Fledermaus with wit, affection, enthusiasm, and style from all parties

Jeannie Ralston's new book, The Unlikely Lavender Queen, is all about life, and love, and lavender, of course

Some people are destined to compete in triathlons, and some to watch

Supercalifragilisticexpialidocious and Irish whores, exfoliate before application, and more