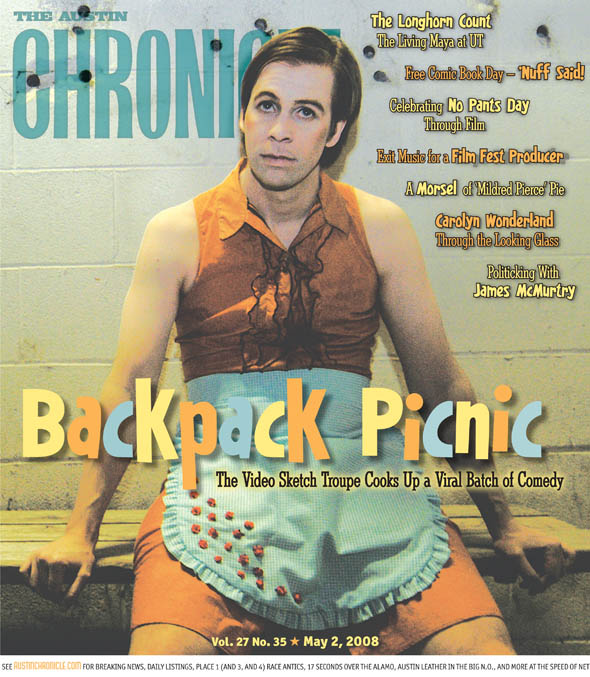 pdf
ON THE COVER:
Don't Everybody Panic, but Online Sketch Troupe Backpack Picnic Has Definitely Gone What They Call 'Viral' and Is Also About to Contaminate the Alamo Drafthouse
news

Austin becomes a hotbed of past and future Maya knowledge

Fight against poverty at top of agenda

That depends on your definition of "developer"

Does keeping Austin scenic mean keeping the billboards right where they are?

Keeping coyotes at bay without messing with the ecosystem

What About That 2004 Bond Election?

An update on bond proposals approved in 2004

The Return of Bike Month

The dope on Clinton, Obama, and McCain

Point Austin: The Way We Were

In Austin's politics of nostalgia, the truth is a frequent casualty

With shrinking sales tax receipts, so much for shopping ourselves outta recession

Authorizing Torture; and Fencing Off Our Democracy 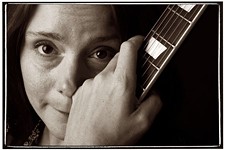 Carolyn Wonderland through the looking glass

Ruins of the Realm

Tim O'Connor closes the Backyard, Grupo Fantasma spice things up for Latino Music Month, and Hacienda strikes a chord with the Black Keys

Signals, Calls, and Marches, Vs., The Horrible Truth About Burma

Sorry Ma, Forgot to Take Out the Trash, Stink, Hootenanny, Let It Be 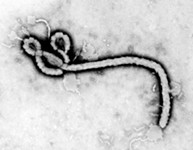 Don't Everybody Panic, but Online Sketch Troupe Backpack Picnic Has Definitely Gone What They Call 'Viral' and Is Also About to Contaminate the Alamo Drafthouse

Well, these videos don't just direct themselves, you know

The secret Hollywood history behind No Pants Day

It's spring-cleaning at "TV Eye," and we're clearing out the inbox

Everyone's favorite stoner pals are back; this time running from the law after being mistaken for terrorists.

Aaron Eckhart stars in this middle-aged wake-up call whose message – trust yourself and find your inner child – is tired but expressed with a whole lot of enthusiasm.

Amélie's ingratiating Audrey Tautou co-stars as a gold-digging gamine on the make in the south of France.
arts & culture Your Library Wants These Bad

How do we recommend these books highly enough? What miracles of precision can be created with pen-and-ink?

Arts on Real: Theatre under threat 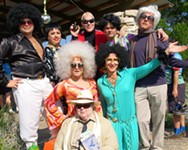 Frank Buck's Zoo in Gainesville may not be as well known as its larger-than-life namesake, but it is impressive nonetheless

Pitching Chico and Johnny Save the World

Ben and Jerry take a $5 ice cream making class, a tasty treat can double a python's liver size, and more

Austin Aztex play their first game ever, and more