There will be blood

The Long Shadow of Wal-Mart

A pair of wild cards in Place 3

It's a wide-open Place 4 race

That Girl Can Sing

On the Trail With Gale

ACC board, Place 1 poses an interesting choice for voters

Anatomically correct and legal, too!

The latest line on streetcars

WilCo Sends Another One Packing

There will be blood

It's nickel-and-dime time at City Hall

Big-Spending George; and House the Rich

Wines of the Week

A great Hyde Park hub for wine and appetizers
music

Last of a Breed

The battle for Townes Van Zandt's legacy wages on, Willie and the Doggfather get Half Baked in Amsterdam, and Pinetop Perkins gets his mojo working

Rising Down, The IV Edition, We Got It for Cheap, Vol. 3, Philadelphia Ego, Afterparty Babies

Big in Japan, but What About Austin?

A Whale of a Tale Goes 21st Century

Changing of the guard at SXSW Film, the Alamo Ritz gets boozy, Austin Golden Hour wants nothing to do with its namesake, and more

Summer hiatus is almost here. 'TV Eye's ready to fall under the thrall of the next new thing.

Mike Judge is back with a brand new collection of short animated films, and it's premiering here in Austin.

Tina Fey and Amy Poehler skewer motherhood but make sure that nothing gets terribly burnt.

Jared Leto gains weight and lets it all hang out as John Lennon's killer, Mark David Chapman, in this fictionalized account of what occurred at the Dakota.

Al Pacino stars in this dull and formulaic procedural.

Ben Stein uncovers the worldwide plot to unseat scientists, educators, and philosophers who are being fired, ridiculed, and ostracized for supporting the theory of intelligent design.

The Life Before Her Eyes

Although Uma Thurman and Evan Rachel Wood deliver strong performances, this film from the director of House of Sand and Fog is a muddled affront.

Filmmaker Wong Kar-wai's English-language debut stars the singer Norah Jones in her acting debut, but instead of exuding newness this sensuous film has an also-ran feel.

In this highly anticipated new Bollywood film, three people travel across India on a dangerous journey during which no one can be trusted.

The writer/director of The Station Agent is back with another interpersonal drama that is strangely both predictable and unpredictable.
arts & culture 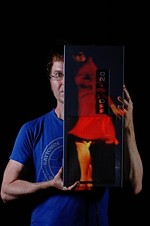 Theatre, dance, music, and film meld and get supercharged in the Fuse Box Festival

Butler School of Music: For this John Adams, a King

The seventh group of inductees includes individuals from the fields of architecture, comedy, music, and patronage

The second round of the comedy fest spotlighting women adds sketch, stand-up, and more

The ProArts/ACC co-production plays out like a Robert Johnson number: strong, sweet, natural, and full of longing

Championing idealism over realism is not inherently good, moral, or noble

Realize your long-held rowing dreams at the Texas Rowing Center

Stephen is going to affairs and fundraisers as if his life depends on it. Oh, right.

Spaghetti made from coca leaf flour and Bolognese sauce made from llama meat, temperamental Alfred Hitchcock, and more