As Ronnie Earle steps down, he looks back on his life's work

Lehmberg Delivers TKO in Final Round

Lehmberg wins by a mile

The also-ran won the race

Did Campaign Ad Cross the Line?

Spend an hour researching the candidates

Could City Living Save the Texas Youth Commission?

Sisters Are Doing It for Themselves ... and Austin, Too!

The Austin chapter of Les Dames D'Escoffier is fulling its mission to create a supportive culture in its community to achieve excellence in food, beverage, and hospitality professions

This favorite family-friendly outdoor food party will be staged on the beautiful grounds of San Gabriel Park in Georgetown, rain or shine

The Return of Kate MacMurray

Remembering her father with film, food, and wine

Out with the old and in with the new: Longtime Statesman food editor retires, and local restaurants are boosting their new seasonal menus 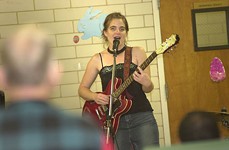 Dark Before the Dawn

Take a Look out Your Window

The Games We Play

Where the Trinity Runs Free

The Greatest Thing I've Ever Learned 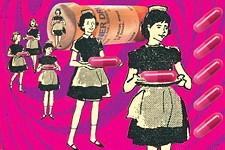 The Audacity of Promoting Necessary Cinema

This Con's for You

Two buddies take a road trip to Montreal in this shaggy dog tale that was an Austin Film Festival Audience Award winner.

Known for his manic comedic style, Chinese filmmaker Stephen Chow tries his hand at a kids movie, but sadly, the result is a cutesy and sentimental story we've seen dozens of times before.

Winner of this year's Oscar for Best Foreign Film, this brisk Austrian film uncovers the moral choices faced by WWII concentration-camp victims selected to work on the Nazi effort to create bogus currency.

Four friends on a Mexican vacation discover something evil among the Mayan ruins.

This serial-killer comedy, which screened during Fantastic Fest, is a self-indulgent, snarky, scattershot affair.

Smart people, dumb choices: It's true for both the characters and the filmmakers in this acerbic comedy that stars Dennis Quaid, Sarah Jessica Parker, Thomas Haden Church, and Ellen Page.

U Me Aur Hum

The director and co-writer also stars in this new Bollywood film about a love that grows deeper over time.
arts & culture 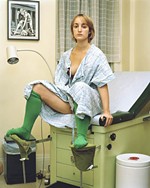 That Was Then; This Is Now

Margo Sawyer colors a Houston park, the 2009 Texas Biennial calls for entries, and prizes for a playwright and a scenic artist

The Rude Mechs' latest pays at times comic, at times touching tribute to the strange craft of acting and its practitioners

Austin Script Works' 10th festival of 10-minute plays by member writers is, as always, a mixed bag but fun

Call to Color: Cult of Color

The ballet based on Trenton Doyle Hancock's art may be problematic thematically, but it's still an enthralling experience
columns

A position checklist of pragmatic politics

Snippets of conversations about movies from the Filmcraft collection

Tiger Woods is to golf what Shakespeare is to theatre

Nuts and Bolts of Filing Your Tax Return

State high school championships, Man U goes for a double, and more