Behind the scenes in county politics

County's voter registrar at odds with her party key issue

Energy industry has too much sway on regulatory body, critics charge

Tidbits from the campaign trail

Students from across state descend upon UT for global warming conference

Austin Says, 'No, Thanks,' to Investing in New Nukes

Prepare to be seriously wooed by the Dems

Marc Ott takes over as city manager, and BTP sends a fond farewell

Bush Pushes Military Commitment to Iraq; and The Howl of the Wolf 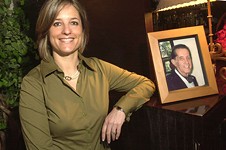 Find some real soul food on this swanky brunch menu

These Bridges Will Not Stand

Owly Claw b/w Hammer, History of Consideration, Give Us Your Guts

A Face in the Clouds

All in the Golden Afternoon

All in the Golden Afternoon

Family, There's a Lot of Folks Like Me, Country to the Bone, Live from the River Road Icehouse, One More Day 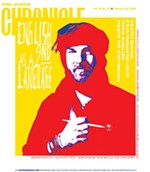 Sometimes the Music's in the Scratches

In defense of the bootleg

Alex Cox managed to make an anti-American film (funded by Universal) about Nicaragua (on location) during a volatile and secretly funded U.S. opposition to Nicaragua. Sneaky.

Confessions From the King of Fuzz

The writers' strike may be almost over, but we're gonna be feeling it for a while now

Before giving in to romantic frippery, Definitely, Maybe functions as a believable, era-zagging retelling of one man’s overlapping love affairs with three women.

This documentary traces the changeover of Austin's youth culture from beatniks to hippies, folkies to rockers, and potheads to day-trippers – with side trips into all the music along the way.

Jumper is pretty slick, entertaining stuff about what young male teens might do if given the ability to teleport.

A 47-year-old Christian man, in the throes of divorce, remininisces about his first love: his high school girlfriend from 30 years ago.

Taxi to the Dark Side

Alex Gibney's new documentary focuses on the patterns of abuse committed by American armed forces against enemy combatants in Iraq and elsewhere. Instead of bad apples, he finds bad orders.

Be your own judge and jury for these final five competitors for the Best Live Action Short Oscar.

See the five animated shorts in competition for the Oscar, and judge for yourself.
arts & culture 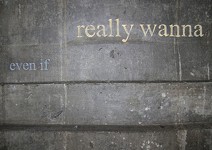 After the 'Watch,' What?

Applause for Austin playwrights in Louisville and New York, hats off to Chia, and a tuba player of note

St. Idiot's amazingly intimate tour of a brothel is funny, daring, and real

Despite the script's weaknesses, this NXNW production stays engaging because all five women are fun to watch

A heady, intelligent exchange between artist and critic about art's invisibility and criticism's illegibility
columns

An index of commonly misplaced ire

The real election is being decided in the primaries, and unless disaster intervenes, the next president will be Hillary Clinton or Barack Obama

This Valentine's Day, the Longhorns have learned to love the one they're with, not the one who got away

Angelina Jolie in a bath with her rat, keeping ingrown toenails in the family, and more

The latest on Stoke City, Aztex tryouts, and more