Austin Climate Protection Plan: How are we doing?

An update on the state of the city's ACPP

What Is to Be Done?

What will become of these coveted 345 acres where Lake Austin Boulevard meets Enfield Road?

Return of the Titty Tax

New 'nudity' tax could include not just strip clubs but cabarets, bars, fashion shows, and even mainstream theatres

Each committee was given its agenda of issues to look into before next session, giving an inkling of what battles may be fought when Lege reconvenes in 2009

What's the intent behind Craddick's charges?

The State of Texas Children

New report indicates things are looking good for Travis County's children in the areas of education and premature death, but also lays out some troubling stats on poverty.

What I Want to do With My Life

Mike Krusee on New Urbanism, Smart Growth, toll roads, and why Bobby Kennedy is his hero

City Council racing to get tasks done before end of year

Bush's Hollow Support for Veterans; and Vote for America With Your Consumer Dollars

Give a Chef for the Holidays

Christmas dinner at the Ritz, tamales for the holidays from Santa Rita, and more 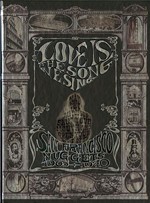 The Complete on the Corner Sessions

Jersey Beat: The Music of Frankie Valli & the 4 Seasons

The War: Soundtrack and Music From the Second World War

The War: Soundtrack and Music from the Second World War

The Brit Box: UK Indie, Shoegaze, and Brit-Pop Gems of the Last Millennium

What Becomes a Legacy Most

Wrestling With Angels is an intimate, surprisingly extensive profile of one of this nation's greatest contemporary playwrights

In his 1948 debut for the immortal Japanese film director Akira Kurosawa, Toshirô Mifune unleashes a naked rage that anticipates James Dean by a half-dozen years

The phenomenon of "anesthetic awareness," in which the patient is fully conscious yet physically paralyzed during surgery, is grist for this psychological thriller.

For all the film’s rallying efforts, its meandering structure and absence of a central focal point result in a film about genocide that is, as unbelievable as it sounds, kind of boring.

The special effects are mostly spectacular in this story of a 12-year-old orphan whose fate is connected to a holy, multiverse war yet to come.

Joe Strummer: The Future Is Unwritten

One of the most compelling documentary portraits of a musician yet made, Julien Temple's film about the former Clash musician acknowledges the legend while uncovering the truth.

Poultrygeist: Night of the Chicken Dead

Lloyd Kaufman's Poultrygeist is a campy zombie comedy that's full of jokes, chicken suits, spewing geysers of various bodily fluids, and barbs flung in the direction of the fast-food industry.

What Would Jesus Buy?

The good Reverend Billy is on an agitprop mission to convince his fellow Americans that our heedless consumerism will be their spiritual undoing.
arts & culture

'The Ultimate Christmas Musical: The Musical!' Saving the season with every Christmas story you've ever heard

The Yellow Tape gang works its high-energy, kitschy, crowd-pleasing magic on the holidays

CreateAustin: The future is now

The Ultimate Christmas Musical: The Musical!

Faces of America: The Light Fans continue to go gaga over the Dallas Cowboys

The faith behind Nietzsche's mustache, the most expensive year for oil, the dirty truth about air driers, and more

My Neighbor's Yard is a Jungle