pdf
ON THE COVER:
Best of Austin 2007
features 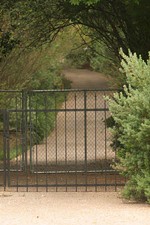 Get Your Green On at Saturday Fest

According to new report, conservative ideologues James Leininger and Bob Perry were the two biggest donors during 2006 election

Does It Really Pay to Work in Austin?

Workers earn less in Austin than other major cities

Off the Tracks: How fast was it

Learning from our hurricanes' past

With the November kickoff approaching, the municipal candidates begin to emerge

In the spirit of 'BoA,' BTP presents Best of What's Happening at City Council This Week

Revisiting the Arrest of Protesters; and Speak Out for America

Heather Graham is an L.A. transplant whose dreams of a music career become soiled by her relationship with her junkie boyfriend, played by Jeremy Sisto.

Wes Anderson boards another train of ironic whimsy, although this time the train is quite literal and not just the train of thought in his head.

Cate Blanchett as Elizabeth I is back for seconds in this melodramatic sequel that emphasizes how the Virgin Queen lusted in her heart.

In this overstuffed movie, an aspiring Harlem rapper finds his artistic calling and homeland pride with Puerto Rico's reggaeton.

A small-town high school baseball team is put to the test in this emphatically inspirational mess.

Michael Douglas plays a wild-eyed dreamer who sways his daughter and friend into digging clandestinely for treasure underneath a California superstore.

The NC-17-rated passion in Ang Lee's movie is at distinct odds with the chilly film that surrounds its lovers.

This smart and thoroughly entertaining film asks the question of where a lawyer’s ethical responsibility to zealously represent a client ends and the societal interest in achieving justice begins.

Unlike the Bollywood films most mainstream audiences expect from India, Vanaja operates on a far more realistic level, with the added bonus of a melodramatic story that's a real heartbreaker.

We Own the Night

Joaquin Phoenix is dynamic, Mark Wahlberg subdued, and Robert Duvall trusty in this otherwise redundant story about brothers on opposite sides of the law.
arts & culture

With standout work by Katherine Catmull, Beckett's 'happy' play gets a revival to be grateful for

The fantastic narratives presented are masterfully woven and most entertaining
columns

Welcome to the 18th 'Best of Austin' issue

The year's best traveling around Texas

Tequila's becoming more expensive, Americans are getting shorter, and more