pdf
ON THE COVER:
Lake of Fire
news 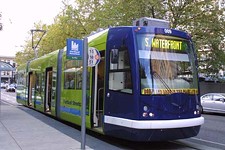 The Austin streetcar has a consensus – it still needs champions

10 Reasons to Love a Streetcar

The initial request to county officials

Is Daryl Slusher benefiting from a revolving-door arrangement down at City Hall?

Can council seize the reins at City Hall? 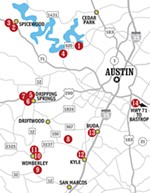 Can I interest you in some rum, frozen margaritas, gelato, and/or Butter Beer?

Meat Puppets, Chapter 3: Curt and Cris Kirkwood, reunited, and it feels so good

Rise to Your Knees

Atlantic Records: The House that Ahmet Built, Los Zafiros: Music from the Edge of Time, The Supremes, Reflections: The Definitive Performances 1964-1969

Our Love to Admire

Sirens of the Ditch

Don't You Forget About Me: Contemporary Writers on the Films of John Hughes

Like Napoleon Dynamite, Eagle vs Shark is a little wisp of a movie, a lightweight feature loaded with montage and hung on the multidimensional performance of Loren Horsley as Lily.

While there’s nothing offensive about the wholesomeness of this new version of John Waters' 1988 cult classic, you wish that it didn’t feel as if every hair were in place.

I Don't Want to Sleep Alone

Although Tsai Ming-Liang's I Don’t Want to Sleep Alone is nearly wordless and slow moving, the film’s characters are compelling and its pace hypnotic. (AFS@Dobie)

I Now Pronounce You Chuck & Larry

Newest Adam Sandler comedy Chuck & Larry is a movie full of weak moments, contrived to the point of painful, that quickly turns from wild farce to gay-agenda movie.

Introducing the Dwights is a difficult film to watch. Ostensibly a comedy, it’s really just a collection of awkward stage performances set off by scenes of familial dysfunction.

The multilayered Paprika, the newest animated film from Satoshi Kon (Millennium Actress, Tokyo Godfathers) captures the childlike, helter-skelter chaos and curiosity of the human mind better than any other animated film.

Not reviewed at press time. This madcap Bollywood comedy stars Khan as a "date doctor" and his real-life best bud Govinda, who needs a little help from the doc.
arts & culture

What time is it? 1 a.m. – i.e., the fiercely enjoyable brain warp that is improv duo Chris Trew and Tami Nelson

The Last Days of Judas Iscariot

The City Theatre Company's production of The Last Days of Judas Iscariot is not scintillating, but it is sufficient

In our civic dialogue, grace and respect have all but disappeared 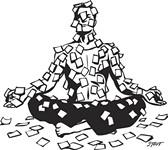 If I hadn't become a writer, I'm sure I would still keep the scribbles and torn scraps that I jot down like fragments from an inner life

Flipping off Ed Sullivan and flagging down Morse