At intermission, we talk to the headliners

Police charge 20-year-old with manslaughter, assault, and theft in connection with June 19 death

Training Program for Nurses in the Works

Study: Everyone Benefits From Pre-K

If Texas improved and expanded its prekindergarten program to include all children, state would get $8 back for every $1 invested, new research indicates

KXAN promises a new approach to 'Austin News' – but will it go beyond just a new set?

Telling ghost stories around the summer campfire, the Statesman imagines a grisly end for Futrell

Taking Taxpayers for a Ride; and Thompson the Actor 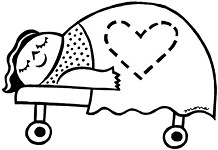 I've been a food critic for 15 years. I've been overeating all my life. Recently, I decided enough is enough!

A letter from Boggy Creek Farm

Austin's musical landscape and its evolution continue rumbling down on Red River, documenting Roky Erickson, and the Weary Boys call it quits

In Good Time, One Lump or Two?
screens 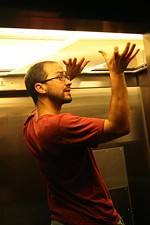 Adjusting to the Mise-en-Scène

Nine nonfilmmakers – artists out of place – make one in 48 hours

WR: Mysteries of the Organism and Sweet Movie

Luc Besson delivers a gorgeous-looking but ill-conceived mash note to the city of Paris that stars a petty crook and an ethereal beauty.

In this new Bollywood film, a gangster has the job of keeping an eye on his boss' mistress, a girl who was sold to him in the flesh trade.

Parker Posey gives a lovely, toned-down performance as Nora Wilder, the single, mid-30s Manhattanite at the heart of this romantic comedy.

Yes, it's true: Harry Potter manages his first kiss, in between all manner of expository storytelling, and never was a young man's wand more ever-ready.

The privileged nuclear family becomes a hellish dystopia as a result of a 9-year-old child's subtle, nuanced, unspoken manipulations.

Syndromes and a Century

What Can a Century Tell Us?

Looking at two art exhibitions that both survey 100 years of imagery, the more things change ...

For the first time in its 11-year history, the annual Austin Chamber Music Festival will present an opera: the Texas premiere of Grigori Frid’s The Diary of Anne Frank

A swan song for the conspiracy series

Wynn bares all, Sills trumps Ivana, and when Stephen wishes for something, it comes true

Lake Mackenzie, north of Silverton, a historic and scenic oasis in the Panhandle

The arguments against ties and flip-flops

Bad Credit – Should I Hire a 'Credit Repair' Company?

Lightning on the road, and more on the Asian Cup, Copa América, Under-20 World Cup, MLS …