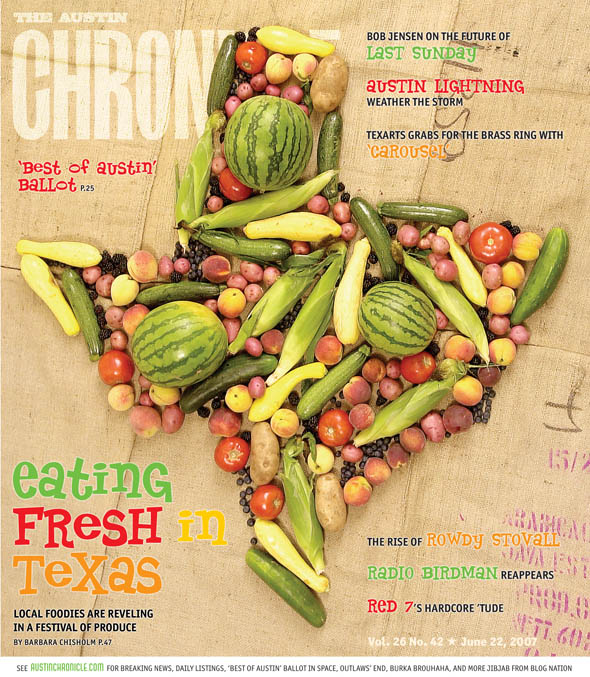 pdf
ON THE COVER:
Eating Fresh in Texas
news

Down but Not Out: Ararat moving to new location

So Long to My Other Brother Daryl

Family of Los Angeles-area man says he was mistakenly deported to Mexico; and Oaxaca's government apologizes for infamous police raid

Electric Co-op's Board Under Fire

District Judge remands Robert Springsteen to Travis Co., where he'll remain in jail until retrial for murder in connection with infamous yogurt-shop killings

All aboard for Transit-Oriented Development

Best and worst of the Lone Star State

Beside the Point: Game Over

How to win friends and influence budgets 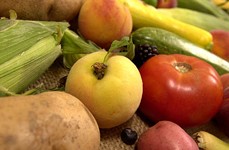 Local foodies are reveling in a festival of produce

Off with my head, etc. 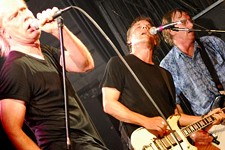 Descent Into the Maelstrom

The final countdown continues with a dance diva, close call for Ornette Coleman, and a bunch of other stuff

Clear to the Far Side of Way Over Yonder 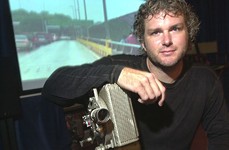 Rowdy Stovall's Mexican Sunrise was inspired by his real life, whether it be football injuries or run-ins with satanists

A Closing Credit for The Alamo at 409 Colorado

This Malian courtroom drama is like nothing you've ever seen: The people put the institutions of the World Bank and the International Monetary Fund on trial.

Female fighters start out as enemies but strip down to their bikini tops to fight a common foe.

Steve Carell's new film is a mild laffer instead of a divine comedy.

Although it tries mightily to top 2005's origin story by introducing fanboy favorite the Silver Surfer, this film is nevertheless relentlessly dull and curiously bombastic.

Even though 1408 is one of the best Stephen King adaptations ever, this movie belongs to star John Cusack and director Mikael Håfström all the way.

Despite the hardships depicted, Golden Door is a sweet film that plays witness to the immigrant birth pangs of modern America.

Based on the true events surrounding journalist Danny Pearl’s kidnapping and murder in Pakistan, this drama by Michael Winterbottom and starring Angelina Jolie is more aloof than melodramatic.

Eighteen short films by an international who’s-who of filmmakers make up this omnibus celebrating the joys and sorrows of love and Paris, organized by neighborhood.

How do you tell the true story of the nearly mythical popular performer Edith Piaf? In epic proportions, of course.
arts & culture 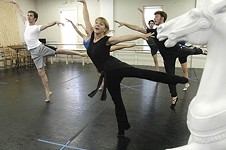 21c Austin: Mints on your pillow and prints, to boot

The developers of the 21c Museum Hotel in Louisville, Ky., are planning their second such combo of contemporary art and lodging for Downtown Austin

McNichol & May: Harking back with style

Bob McNichol & Erika May are among the most literary improvisers in town, each of their spontaneous narratives carried along by the depth of the characters they create

After a national search, the Zachary Scott Theatre Center found its new managing director, Elisbeth Challener, right in its own back yard

'Cantanker/us,' a show of artwork by the staff of the visual-arts magazine Cantanker, is a rare opportunity to consider both sides of each artist/staffer's practice
columns

Can you handle the truth?

Financially and militarily, we're not a superpower anymore – though no presidential candidate can admit that

Eilenberger's Bakery, in Palestine, may be best known around the world for its holiday fruitcakes, but locals know it as a year-round bakeshop

Homestead exemption – why & how? 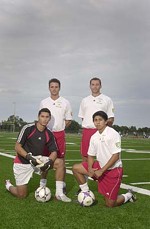 Hard-luck weekend for the Lightning, Beckham reinjures his ankle, and more