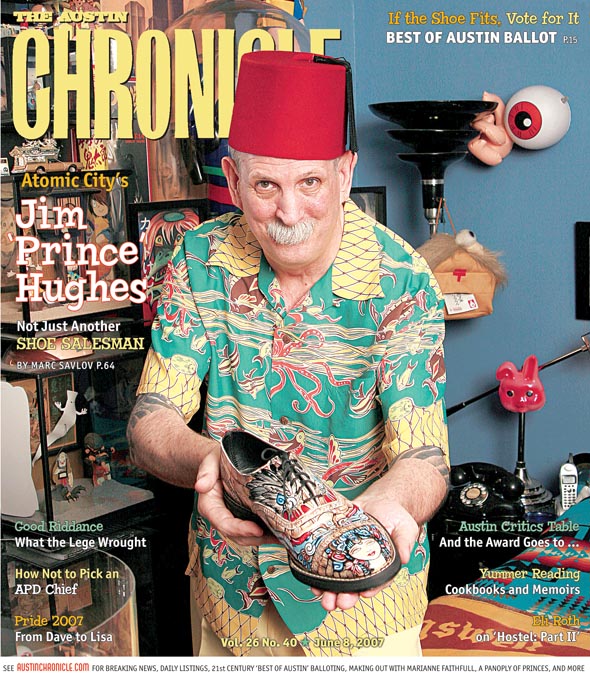 pdf
ON THE COVER:
How I Learned to Stop Worrying and Love the Mighty Atom
features

How Not to Pick a Police Chief

As the search reaches full speed, so do complaints about the process

APD Shooting: What went down

In light of latest Johnston High test scores, district draws up contingency plan in anticipation of decision from state on underperforming school's future

Looking back at the Lege through local eyes

The 2007 Legislature in a quick-step roundup

Officials say their hands are tied at Northcross – but is that true?

The Texas congressmen look for a way out

With only one meeting to go until summer break, City Council should be mob scene 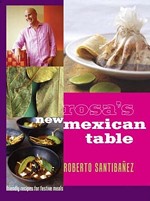 What's a Cook to Do? An Illustrated Guide to 484 Essential Tools, Tips, Techniques, & Tricks

How to Pick a Peach: The Search for Flavor From Farm to Table

Lidia's Italy: 140 Simple and Delicious Recipes From the Ten Places in Italy Lidia Loves Most

Chef's Story: 27 Chefs Talk About What Got Them Into the Kitchen

The Simple & Savvy Wine Guide: Buying, Pairing & Sharing For All

Moonshine!: Recipes, Tall Tales, Drinking Songs, Historical Stuff, Knee-Slappers, How to Make It, How to Drink It, Pleasin' the Law, Recoverin' the Next Day

The Taste of Country Cooking: The 30th Anniversary Edition of a Great Southern Classic

Barbecue, wine, sushi, and crepes, that sort of thing 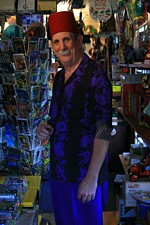 How I Learned to Stop Worrying and Love the Mighty Atom

TCB shakes a maraca in Spoon’s new video, stakes out the Belmont for a supersecret Prince show, and talks street with Krum Bums singer Dave Tejas. 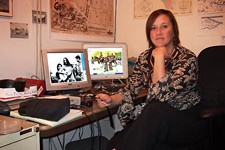 A City in Fits and Starts

The Murder of Fred Hampton

A chef falls for a woman 30 years his junior in this new Bollywood comedy romance set in London.

Roth has accomplished the near impossible: He's crafted a vastly superior sequel to Hostel, one that supersedes the original's sadistic quotient, gore effects, and narrative subversiveness.

The ultimate indie self-indulgence, this film (with a script by Reed Fish) is weighed down in its own coming-of-age angst.

Deeply immersive, thought-provoking, and quite often funny, Offside depicts the resourcefulness women in Iran must rely on in order to enter a stadium to watch, no less play, soccer.

What should have turned out as a terrific movie about the crime of spousal abuse has instead received the equivalent of a ham-handed molestation by director Jag Mundhra.

This British horror comedy ricochets from violence to vengeance to outright survivalism, with comedy – some brilliant, some less so – underlying it all. Junk: When you're jonesing for the good stuff

The four improvisers who constitute the Austin troupe Junk prefer to work in long-form, and long-form certainly seems their forte

After 13 years of staging shows in bars and other companies' theatres, Salvage Vanguard Theater is opening its own all-purpose arts space in a 9,600-square-foot warehouse on Manor Road

Sharir + Bustamante Danceworks: Save the last dance for me

When the curtain falls on the final performance of its 24th season, Sharir + Bustamante Danceworks will dance away into history and an era of dance in Austin will end

Naughty Austin's production of the musical The Full Monty gets off to a clunky start, but once it hits its stride, it generously delivers a fun night for its audience

For his exhibit 'Thickly Settled,' artist Jeff Williams has blanketed an array of everyday objects in an electrostatic flocking fiber that looks a lot like dust from an AC window unit

Tom Molloy's exhibition at Lora Reynolds Gallery may be critical of current U.S. leadership, but it also wisely opens queries instead of plugging in answers
columns 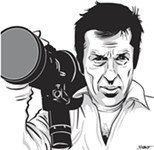 Excerpts from Cassavetes Directs, Ventura's forthcoming book about the making of the film Love Streams

Stephen drowned his sorrows in Houston after not being invited to that exclusive shindig at the Belmont. Perhaps they would have let him in if he donned one of those notorious Britney Spears hat-and-wig combos?

DeZavala Vineyards, between Franklin and New Baden, grows the sweetest blueberries in Texas

Lightning on the road, U.S. defeat China, and more